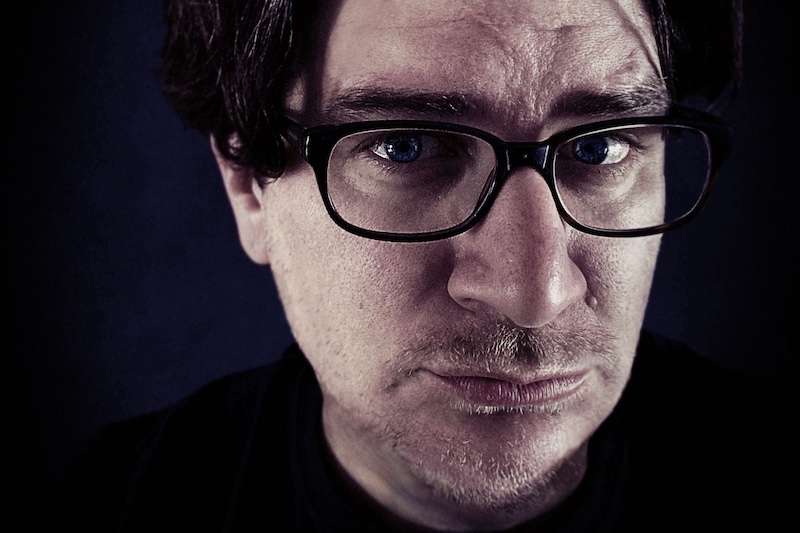 For your first book of a brand new year, do you want to see an author’s sweat and soul on every page in their ambitious attempt at The Great American Novel? Sorry but not sorry — sometimes a professional author’s goal is as simple as a readership that feels it’s been entertained.

Still, quality wins out. With nuanced characters, gripping twists on plots that have a foundational familiarity-lending momentum, humor that’s tuned well to the readership (cynicism for a noir; snark for a contemporary coming-of-age), two Louisville authors offer a demonstration with their new works.

James (J.H.) Markert, well-established for historical fiction novels, has now turned toward horror/thriller. Andrew Shaffer, who expanded his national recognition with the “Obama-Biden Mystery” duology, is once again bringing his skills for parody to engaging, breezy suspense.

Markert’s “Nightmare Man” starts fast, with short chapters that alternate the narrative characters (a Stephen King-like bestselling writer; an aging homicide detective who’s more than meets the eye), plus shorter, italicized mini-chapters that glance at the past—which may hold the key to a small town’s violent history and its chilling, now-accelerating body count.

Actually, there’s more than one key. A very full keyring, with all that goes on in the one-shock-after-another beginning and the coalescing-of-plot-threads middle. There’s a a lot to keep up with—but the chapter structure is devised with strength to carry the load. Also, the primary characters are fine from the start, and they seem to gain realism as the tale moves along. This is good news, because it might seem as if Markert made disappointing choices for them (but this is partially redeemed through one late-in-the-game narrative twist).

The only other matter of note is the cobbling-together of subplots and motifs very recognizable to horror readers (and film viewers). It’s not just the possessed succubus (that trope is used well enough in its subplot). No, there are many borrowings, such as symbolic moths (as in “Silence of the Lambs”); a character’s psychic bonds based on touch (“The Dead Zone”); and even typewritten pages providing creepy evidence of obsessive derangement (“The Shining”). These seem superfluous — but if the familiarity helps translate to expanded readership, Mr. Markert’s earned it.

Of course, peppering a text with little bits of the somewhat-familiar has been an ongoing trend in publishing, and Shaffer is very practiced at employing half-remembered factoids and amusing sidelights. It’s not just the distractions in the text that make his Senator Bernie Sanders cozy/comic procedural a fun frolic. There are numerous little structural conceits of modern book publishing: for example, an appendix with regional recipes, an interlude referring to a book-within-a-book that figures in the plot (and that keeps the entire proceedings from becoming too Yankee-centric).

If readers are going to suspend disbelief enough to read about the crusty politician’s adventures in semi-actionfest, then Sanders needs a solid sidekick. Crash Robertson fits the bill: a Vermonter who’s new to the staff in D.C., when drawn by circumstances to return to New England she can exchange references to Lake Champlain’s urban-legend monster without making Sanders seem like an expository droning machine.

Of course there are mitten references. And maple syrup ends up being central to the murder mystery. But there’s more to the senator’s spiel here than shallow reflections on his love-hate relationship with capitalism. Even more interesting is how Shaffer weaves in a little subtext on modern frictions, and possibilities, in dialogue between local and state political participants and their Washington representation. —T.E. Lyons •