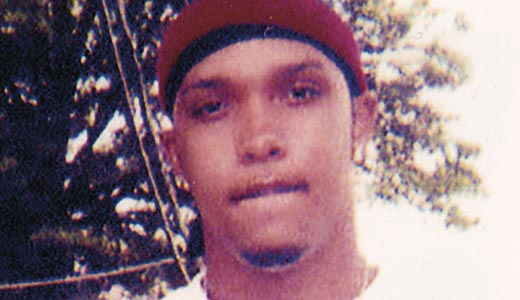 The unsolved Louisville murder of Timmy Jo Blair has been featured on a new podcast "The Deck," which explores the stories of unsolved crimes. LEO Weekly archives.

On May 22, 2005, Timothy Blair, Jr. was found murdered in West Louisville. He was dressed in drag and had been shot multiple times.

At first, the 19-year-old’s murder was believed to be a hate crime, but his mother Rosalind began to think otherwise and felt that the police did not do enough to find the murderer of her child.

In his story, Bailey wrote: “Initially convinced her son was the victim of a hate crime, Rosalind changed her story more than a year after the murder. She dropped a veritable bombshell on detectives, muddying the unsolved case even more: Kesha Pendleton, her own daughter, was involved in Timothy’s murder, she believes.”

This admission caused a rift that had not been repaired when Bailey reported the story.

Now, Bailey’s story has inspired the latest episode of the true crime and unsolved murder podcast, “The Deck” which has released its latest episode focused on the still unresolved killing of Timothy Blair.

“The Deck” gets its name from the decks of cards distributed by state prisons and law enforcement agencies trying to gain information on cold cases.

From “The Deck” podcast’s website: “State prison systems and local law enforcement agencies have replaced the faces of traditional playing card decks with images of missing and murdered people and then distributed those cards throughout prisons, hoping someone will recognize a case and come forward with information.”

One of those cards bears the face of Timothy Blair.