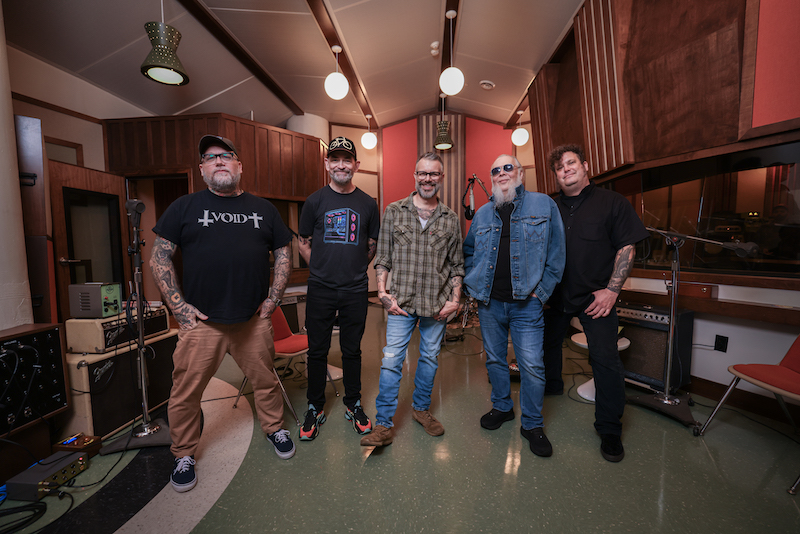 Remarkably, the Memphis-based rock ensemble Lucero has been righteously running the route for decades now, singing songs loaded with misadventure. We recently caught up with primary lyricist and frontman Ben Nichols to discuss the audacious act’s latest LP, his modest hopes for the future, and the current tour that lands the band at Headliners on Jan. 28.

LEO: Can you tell us a little bit about your personal background and early influences?
Ben Nichols: I grew up in Little Rock, Arkansas, in the ‘80s, listening to classic rock radio. I was aware of country music back then but didn’t think much of it at the time. I spent my high school and college years in the ‘90s going to punk rock shows and playing in those kinds of bands. I always found the idea of getting in an old tour van with a bunch of guys and driving around the country having adventures very appealing. By the time I moved to Memphis, I’d come to appreciate a broader range of music. I loved the fact that guys like Johnny Cash and Levon Helm were from Arkansas. And driving the streets of Memphis where all this great musical history took place really made me want to play music that had a more timeless sound.

What were some of the key occurrences in your artistic development as a singer and guitarist?
Well, I only started playing guitar because I couldn’t get any guitar players to join the band. I’d been playing and writing songs on the bass guitar up until Lucero started. Brian Venable, who became our guitar player, had never played guitar before either. But he wanted to be in the band. So we both learned how to play guitar at the same time. Still learning. Couldn’t find a singer either. So here I am. I guess necessity was the key occurrence in my musical development.

At this juncture, how would you describe what you do?
When it comes down to it, Lucero is a rock ‘n’ roll band. One of the things I like most about the band, though, is the fact that we can play almost any type of song from rowdy rough rock n’ roll to slow sad country songs to pretty indie-rock stuff and even soul inspired stuff and it all fits under the Lucero umbrella. I love being able to follow whatever influences I come across over the years and not having to stick to one strict genre of music.

Has the scene down in Memphis afforded you more freedom for musical exploration and collaboration than other places might?
Memphis was a great place for a band like Lucero to start. Lots of great old studios and a ton of very talented musicians and engineers. Lots of clubs to play. There were so many great local bands that we played with all the time in the early days. I don’t think Lucero could exist without Memphis to be honest.

Lucero has a new LP about to drop. How did things come together this time around? What makes the most recent batch of songs special to you?
The new LP is just a flat-out fun record. With the last two albums, I was trying to write very serious, melancholy stuff. Which I love. But it was time for something different. Should’ve Learned by Now is a back-to- basics rocker of an album. The first song on the new record is titled “One Last F.U.” That kinda sums up the attitude on the whole thing.

You’ll be touring much of this year. What can we expect from the live show? Any ridiculous memories of previous stops in Louisville?
There are definitely some ridiculous stories from our previous stops in Louisville, but none are fit to write down in such a fine publication. Luckily, in our old age, we’ve eased back just enough and our crowd has mellowed out just the slightest amount, and we’ve been playing better than ever. The last time we were at Headliners it was a perfect show. I doubt we can do that twice in a row, but this show will probably be pretty good, too.

What comes next?
Fun shows. Good songs. More records. As long as we can. •