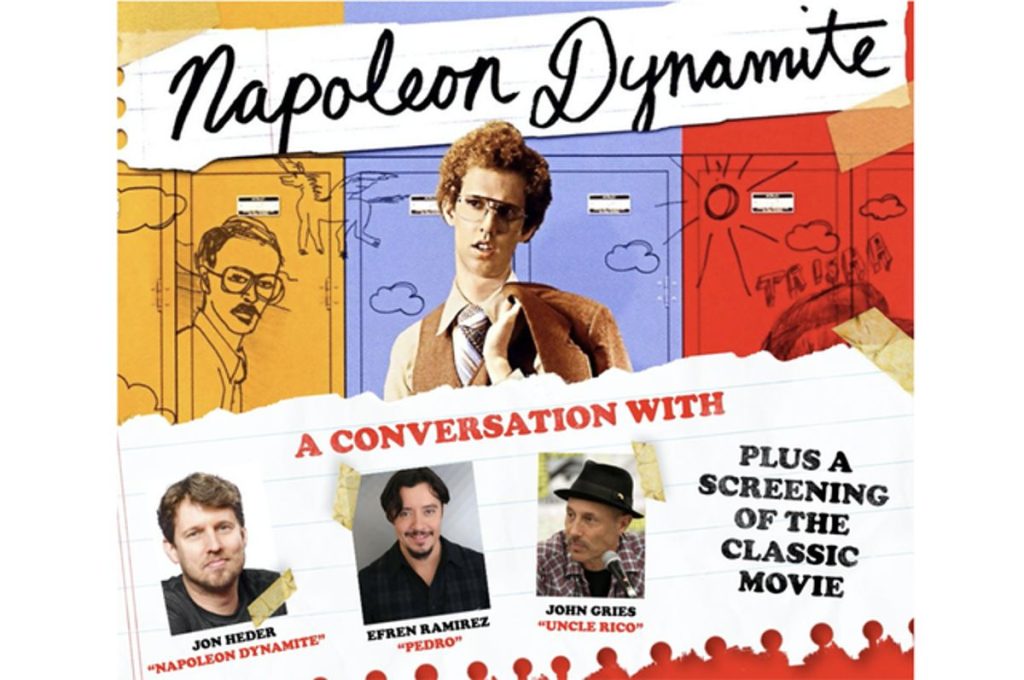 Stars of the film “Napoleon Dynamite” are heading to Louisville to bring laughs and the nostalgia of the 2004 cult classic.Photo provided by Mat Hatter Shows.

Stars of the film “Napoleon Dynamite” are heading to Louisville to bring laughs and the nostalgia of the 2004 cult classic.

The film based in a small Idaho town follows the story of an awkward teen named Napoleon (played by Jon Heder) who often struggles to fit in at school. Later, he befriends the new kid at school, Pedro (played by Efren Ramirez) who is Hispanic and speaks a small amount of English. Together the two go through basic high school antics at prom, class president elections and more.

While Napoleon is trying to help his newfound friend Pedro run for class president, his uncle Rico (played by Jon Gries) comes to town to babysit him and his brother Kip (played by Aaron Ruell) after their grandmother is injured. Uncle Rico, who is strangely nostalgic for his high school football years, relentlessly antagonizes his nephew and tries to get him involved in strange antics like a Tupperware-selling scheme.

Heder, Gries, and Ramirez are showing the film at the Louisville Memorial Auditorium on Feb. 4. The movie starts at 8:30 p.m., and the three stars are doing a meet and greet beforehand and answering questions afterward.

Tickets range from $29 to $128 with general admission, VIP admission and meet-and-greet packages. All seats, except for the VIP section, are first come first serve. Tickets are available through Mad Hatter Shows here.