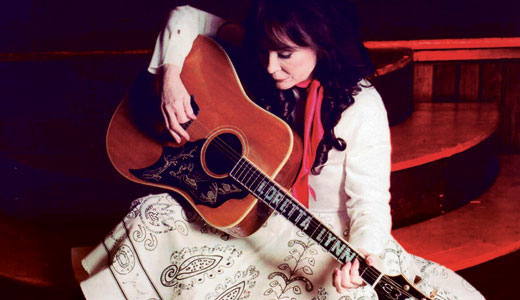 When Kentucky native Loretta Lynn, the legendary country singer of hits like “Coal Miner’s Daughter” and “Fist City,” passed away in October 2022, she left behind a lasting legacy. Next week, her original band, The Coalminers, will play a show honoring her legacy in Hodgenville alongside Emily Portman, who portrayed Lynn in the touring production of “Conway Twitty: The Man, The Music, The Legend, The Musical.”

In a news release, Portman said, “We lost a legend earlier this year and she was an artist that paved the way for so many of us. I was honored to know her, to have her blessing in portraying her, and it’s a bigger honor to continue carrying on her legacy.”

“When I play a ‘Loretta Lynn Tribute’ show with Emily, it takes me back to 1967 when I played my first show with Loretta,” Thornhill said in a news release. “After my 55 years and 10,000 plus shows, playing lead guitar with Loretta, it’s like I’m starting all over again.”