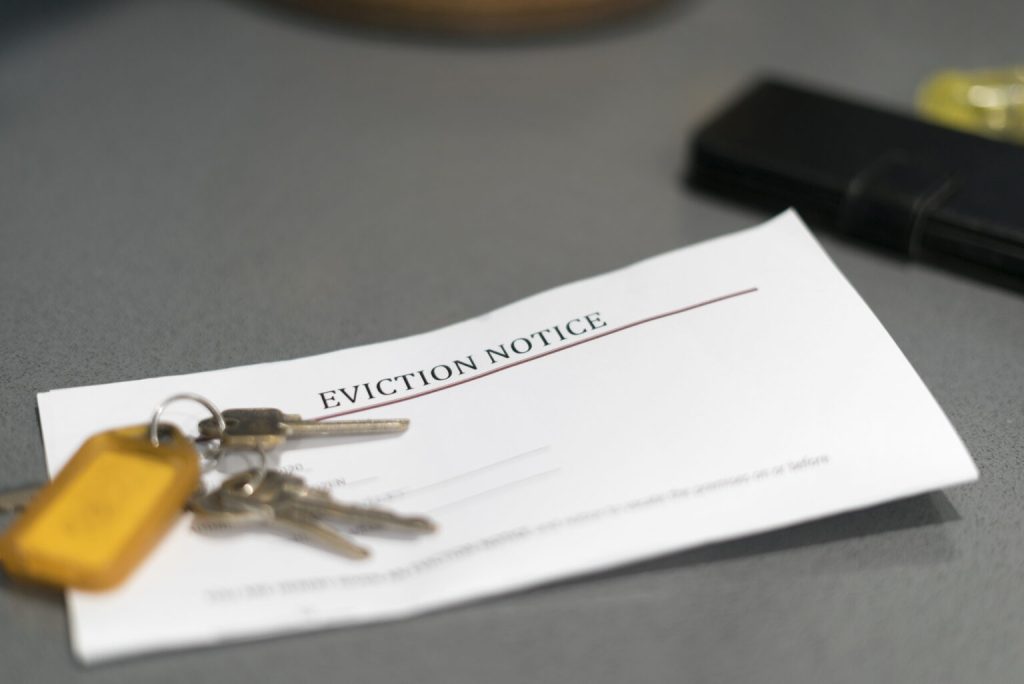 Louisville residents need rent assistance, but are being denied, although the city seems to have the money.

If the Rev. Martin Luther King Jr. was correct and the long arc of the moral universe ultimately bends toward justice, that arc will have to do some extra bending to recover from what is currently happening to people who rent their homes in Louisville. While the Greenberg administration sits on $38 million of emergency rental assistance, renters sit in eviction court. Their worldly possessions will soon sit between a sidewalk and a street.

How did we get here? Advocates and service providers aren’t sure because Mayor Craig Greenberg’s new administration has not provided any details about how they intend to prevent evictions with this emergency rental assistance or what they intend to do with this money.

But, here’s what we think we know.

On Dec. 22, Gov. Andy Beshear came to Louisville and announced that the state would be providing an additional $38 million in emergency rental assistance to Louisville. These funds are part of the $209 million Kentucky received from Treasury for emergency rental assistance in the American Rescue Plan Act (ARPA) despite the fact that every elected official from Kentucky serving in Congress (except Rep. John Yarmuth) opposed ARPA.

At the time of the announcement, the Courier-Journal reported that, while “more details on how people can access this (emergency rental assistance) will be released later”, then-Mayor Greg Fischer “indicated some of the incoming money will go toward that type of assistance for renters but more will be spent on creating additional affordable housing.”

What proportion of the $38M will the city spend on desperately, immediately needed emergency rental assistance? Three-and-a-half weeks after the announcement (and after three-and-a-half weeks of orders of evictions from Jefferson District Court judges), we still do not know. Nor can people facing eviction in Louisville apply for emergency rental assistance.

Last Thursday, almost a dozen people who had applied for rental assistance got evicted. How many more of our neighbors who have done everything they can to get emergency rental assistance will Jefferson County District Court judges allow landlords to evict?

What makes this entirely unacceptable and avoidable situation even more appalling is that Louisville Metro knows that it can (and must) pay emergency rental assistance funds directly to renters even if landlords don’t participate in the program. Before Louisville depleted its own rental assistance funds and KHC took over servicing applications for assistance from Jefferson County, Metro employees administered a successful local program to distribute emergency rental assistance and prevent evictions. A November 2022 report from the National Low Income Housing Coalition, “Emergency Rental Assistance: A Blueprint for a Permanent Program,” lauded Louisville’s successful implementation of direct-to-renter payments and encouraged other jurisdictions to adopt it. The report said, “(Louisville’s) program administrator noted that (Treasury) not only encouraged direct-to-tenant assistance… but required it” and explained that “(t)he Louisville ERA program expedited the processing of applications when tenants were to be paid directly” and — to further speed the delivery of desperately-needed funds to renters — city officials tracked which landlords had already declined to participate.

It’s not that Louisville Metro doesn’t know how to provide money directly to renters to avoid evictions. It’s that, apparently, under Mayor Greenberg, we won’t.

Regardless of what proportion of the $38 million in emergency rental assistance funds Louisville’s leaders ultimately decide to redirect to build affordable housing, no amount of affordable housing five to 10 years from now will unwind the daily devastation being done to families in Jefferson County’s eviction court.

Does it even need to be said that preventing evictions is priority one if everyone in Louisville is to have safe, secure, affordable housing? Apparently, yes.

Preventing evictions directly benefits our local economy, public health, and families’ financial stability and physical security. When people are able to remain in their homes, they have more money available for other necessities such as food and health-care expenses. Each eviction we prevent now provides stability that everyone — kid, parent, employee, elder, struggling person — deserves and needs to learn, grow, work, provide and care. Preventing evictions reduces strain on already stretched social services programs. In addition, preventing evictions helps protect our local landlords by reducing the financial burden of unpaid rent and associated costs.

As we honor King’s life and legacy, I must say that — even if true — I find no comfort in the long arc of the moral universe bending toward justice. The people in Louisville whose lives and finances are upended by eviction, destroyed by poverty don’t have that kind of time. They need relief today.

With federal funds from the American Rescue Plan Act, the new Greenberg administration can provide that relief and prevent thousands of evictions. That it hasn’t (won’t?) is a deeply troubling start for Mayor Greenberg and his team.