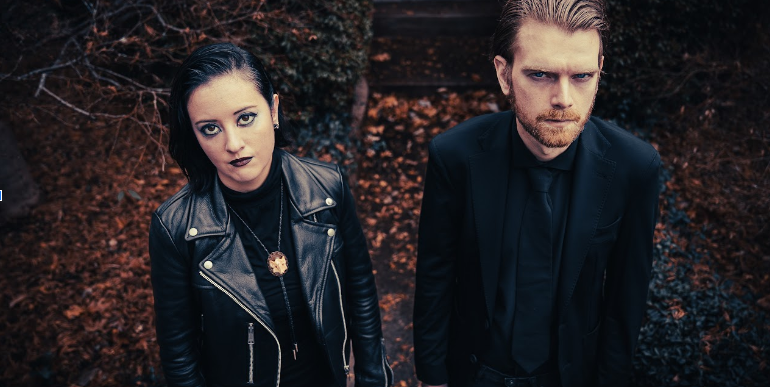 The Dead Speak, a local acoustic goth rock duo, premiered their new music video “Trigger Warning” on Jan. 7 on YouTube. Singer and guitarist, Jaime Muerte said the video was “deeply personal,” as it touches on loss in a way viewers won’t expect.

“In The Dead Speak ‘universe,’ we like to say that Wayne [drummer] and I are just conduits, or messengers, for the dead” Muerte said, “and each song is someone else telling their story through us.”

“Trigger Warning” tells the story of suicide and a loved one coping with their loss. Muerte said at times the whole set had to take a break because of the intense feelings the cast crew felt while making the music video.

“We all started crying. It was such a raw, beautiful moment to share with these people we had just met and I’ll never forget that,” Muerte said.

Muerte said that “Trigger Warning” gave the confidence to further embrace her identity as a Latina of Colombian descent. Muerte and drummer Wayna Robinson are signed to BlackRainbow Records, a queer and BIPOC-affirming record label based in the Okolona neighborhood.

“We both wanted to create something that would boldly say ‘this is for us, for the weirdos, the freaks, the queers and the people of color’ and show that we could take up space and dominate it just as well if not better than any other player in the mainstream,’” Muerte said.

The duo filmed the music at the allegedly haunted Bethlehem Academy in Elizabethtown and the ensemble cast was from Hardin County Playhouse.