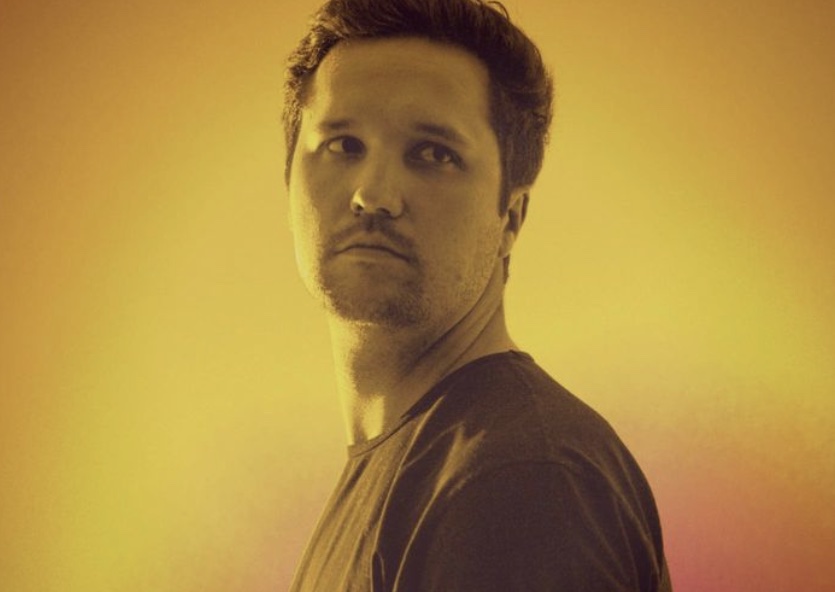 Buckshot George
“Burn Down the Trailer Park” single
I really only needed to see that Buckshot George had played with Nine Pound Hammer before I knew I was going to dig this tune. Then the other bands he’s played with jumped out at me: Jeff Dahl, The Earps, Moonshine Millionaires, and Gravel & Spiders (among others). That’s a hell of a resume right there. After that,  I see an old friend of mine, Dave Wathen (who has been in numerous great local metal bands over the years), is playing drums on this track. OK, my interest is piqued! And, thankfully, this track exceeded every expectation I had for it. Buckshot George’s mission statement sums it up perfectly: “I am dedicated to entertaining audiences with lively, spirited stage performances that fuse the energy of punk rock and the theatrics of glam rock with the twang and storytelling of country music.” And that’s exactly what you get with this tune. Just a big, fun, upbeat cowpunk tune with a ‘70s glam rock flair and some hilarious lyrics about life in the trailer park. Originally written and performed by Jeff Dahl, Buckshot George says of the song: “It’s an homage to a mentor. It’s got the New York City rock ‘n’ roll roots, it’s got some Arizona desert dust in there, and some Kentucky stank on it. It’s everywhere I’ve been and all that is now in the present tense.” I, for one, am definitely looking forward to hearing more.

C-ZO
“WYSH” single
C-ZO represents everything great hip-hop should be. Far too many artists in the genre are just ‘talking loud and saying nothing,’ (to steal a James Brown lyric). Bragging about their money, possessions, how ‘hard’ they are, etc. When, in reality, many are nothing more than studio gangstas trying to appeal to the pop music market. C-ZO is a hip-hop artist, staying true to the genre and himself, creating lyrics focused on the reality of life — its pains, struggles, and memories. Something C-ZO knows a lot about, unfortunately, as he has had a long journey of setbacks and challenges, including losing one of his daughters in May 2021 and his wife in July of that same year. However, endurance is also something he knows a lot about as well. Keeping his head up and remaining focused on his goals, he has overcome and persevered. An artist, songwriter, engineer, and producer, C-ZO has released seven singles in the past two years alone, the latest being “WYSH” (an acronym for When You See Her). “WYSH” is a straightforward banger, featuring rich and powerful bass backed by a steady beat and keyboards and no unnecessary instrumentation bogging it down  — doing an excellent job of highlighting C-ZO’s deep, powerful vocals and lyrics about a strong, independent woman. But listen to any of his songs and you can hear that C-ZO is a man driven to make an impact. This is hip-hop.

Quiet Confidence
“All Messed Up” single
In an attempt to stay sane while serving as a frontline worker during the COVID quarantine of 2020, Louisville native and former vocalist/guitarist for the Milwaukee-based alt-rock/emo/pop-punk outfit North Breese, Ryan Lane began writing and recording demos. According to Lane, it was these demos that “sparked a need to keep on moving forward. A drive to create a thought-provoking act above and beyond the mundane”. Enter Quiet Confidence, Lane’s solo project that has begun to grow into a life all its own. The first of hopefully many more songs to come is “All Messed Up,” a track about leaving a bad relationship behind. This track is a long way from a demo, as it presents a highly-polished and very slick professional production. Lane’s rich pop-punk-style vocals and flowing acoustic guitar are highlighted perfectly by drums and synth in a beautiful alt-pop masterpiece. To call this song huge is an understatement. A little bit Imagine Dragons, The Chainsmokers and Ed Sheeran, this song could absolutely be a massive hit. In a perfect world where the record industry hadn’t turned to shit, A&R reps would be in an all-out brawl to get Quiet Confidence on their labels. It’s not hard to picture this tune blasting out of the car stereo of every high school kid across this nation. This is talent that deserves to be heard on a grander scale.

The JimHärralson
“99th Floor” single & Undead in Cincinnati, Ohio EP
Walking the line between hardcore, metal, punk and doom, Louisville’s The JimHärralson is punishingly heavy, dark, mean and ugly. And they are amazing at it. This is a sound that is somewhere between Crowbar, Eyehategod, Agnostic Front, Knocked Loose, The Misfits, and late 80’s GG Allin. Yeah, it’s not for everyone. With blunt, pointed lyrics dealing with drug abuse, failed relationships, frustration, getting fucked with, getting fucked over, and getting revenge, the four now-sober members have channeled their anger and rage into a sound that hits like a freight train, cuts like  the fanous Ginsu knife, and crushes like a steamroller. New single “99th Floor” rolls along for the first minute in kind of a haze before abruptly pummeling the listener. The six tracks that make up the Undead in Cincinnati, Ohio EP, with its mockup cover art lifted from The Misfits’ “Evilive,” were recorded at Witler on the 8’s last year and features a live version of “99th Floor,” and five live versions of tracks from their debut album “Who Cares,” including their rather inventive take on the Chris Isaak classic “Wicked Game.” Pure and simple, this is music that will fuck you up.