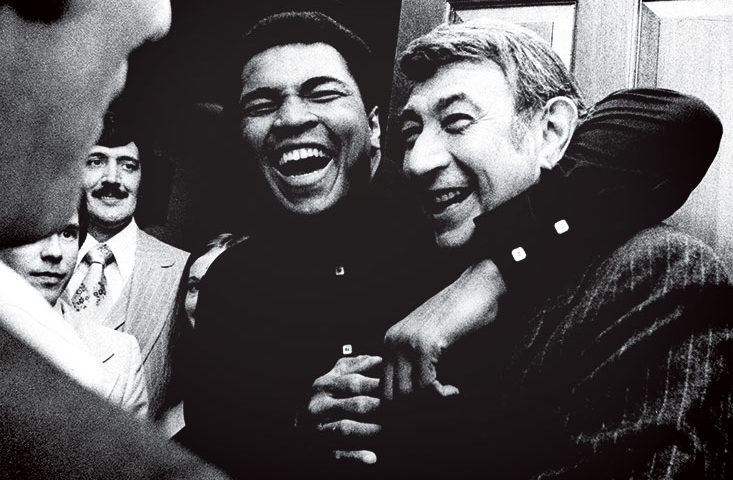 Muhammad Ali was born in Louisville, on Jan. 17, 1942. Ali grew up in Louisville’s West End on Grand Avenue. Ali began his training as a fighter when he was 12, and at age 18, won a gold medal in the 1960 Summer Olympics. That same year, he decided to turn pro and then converted to Islam in 1961. In 1964, at age 22, he won the world heavyweight championship defeating Sonny Liston.
Ali was known not only for his physical jabs, but the ones he dished out with his mouth. The Louisville Lip was known for being light and fast on his feet and equally skilled with his words.
To celebrate Ali, on what would have been his 81st birthday, we gathered a list of our Top 10 favorite Ali quotes and let you know why we love it.

Here they are (in no specific order)

Why: This quote speaks for itself. Serving others is vital to making the human family work better. Even at LEO, we work to serve the community around us.

Why: Well, because anything is possible. Right?

Why: We hope to be as nimble. If we’re unpredictable, quick and like a butterfly, you’ll never be able to pin us down.

Why: It’s just fun. Good braggadocio is a lost art.

Why: He could back it up.

Why: He’s right. So get cracking and if you aren’t making the most of today, what are you waiting for?

Why: We want to be more like The Champ. We count them all and they all hurt.

Why: Because nothing is impossible and impossible is nothing. You want to change something, harness the potential to shift it. It might work. It might not but trying won’t hurt.

Why: Keep your mind in the game and enrich who you are when you’re alone.

Why: I love this quote because it was true. I’ve met many celebrities, but only Ali left me awestruck.