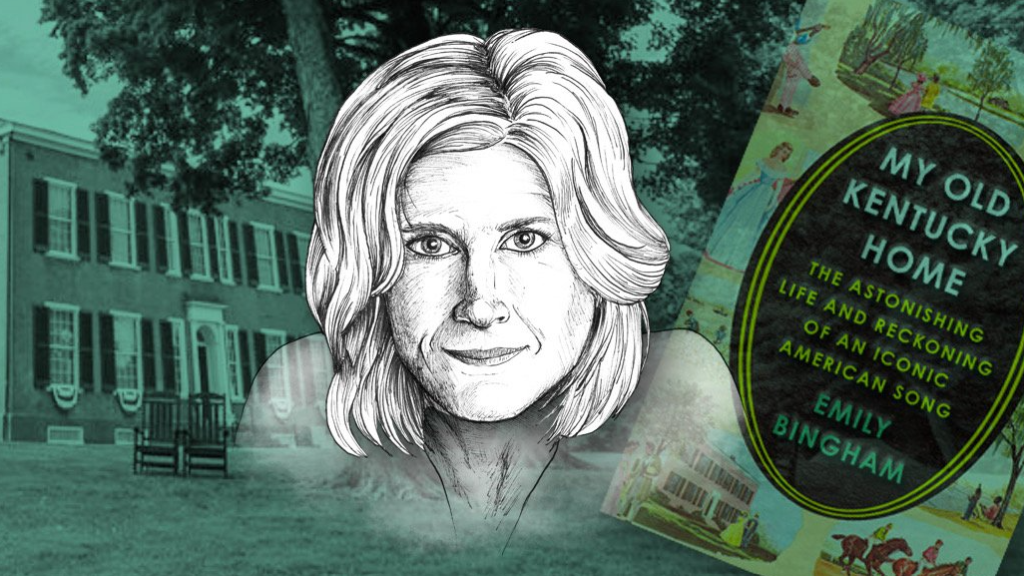 Emily Bingham Aims to Build a New Kentucky HomePhoto from Kentucky To The World's website.

Kentucky to the World, a nonprofit that promotes Kentucky’s culture and people to national and international audiences, will host a program called “The State of Song: ‘My Old Kentucky Home’ Faces A Challenging World,” on Sunday, Oct. 23, in the Bomhard Theater at the The Kentucky Center for the Performing Arts, at 5 p.m. A reception with light food will precede the event at 4 p.m. in the Kentucky Center’s North Lobby.

The event, which is open to all ages, will be a “dynamic combination of musical performances, audience participation and conversation,” according to a press release, and will “examine the complicated legacy of “My Old Kentucky Home,” the state song of Kentucky.

The song, written by Stephen Foster nearly a decade before the Civil War, is controversial in part because of its original lyrics, which included a racial slur in place of “people” in the line we now know as, “‘Tis summer, the people are gay,” and elsewhere in the song. In 1986, the Kentucky State Legislature passed a statute to amend the word choice permanently, which took effect in 1988. UofL’s choir and marching band usually perform the song together at the Kentucky Derby, but in 2020, the year of major racial justice protests in Louisville and internationally, bugler Steve Buttleman played the tune alone instead.

The song is also controversial because of its historic use in minstrel shows, in which white performers would sing, dance, and dress as caricatures of Black people.

According to the University of Virginia’s archive of scholarship about the book “Uncle Tom’s Cabin,” Stephen Foster wrote “My Old Kentucky Home” in response to the novel; the unpublished original version, written in the dialect of a slave, was even called “Poor Uncle Tom, Good Night.”

In a press release, Shelly Zegart, CEO and president of Kentucky to the World, said, “We look forward to furthering the Kentucky narrative through artistic and educational mediums. By combining improvised musical interactions with conversation and audience participation, this program seeks to begin the conversation about how we can work together towards rewriting Kentucky’s song to the world.”

The participating performers are:

Tickets are $30 (plus fees) for adults and are available at this link. Students under 21 get free admission with a student ID.