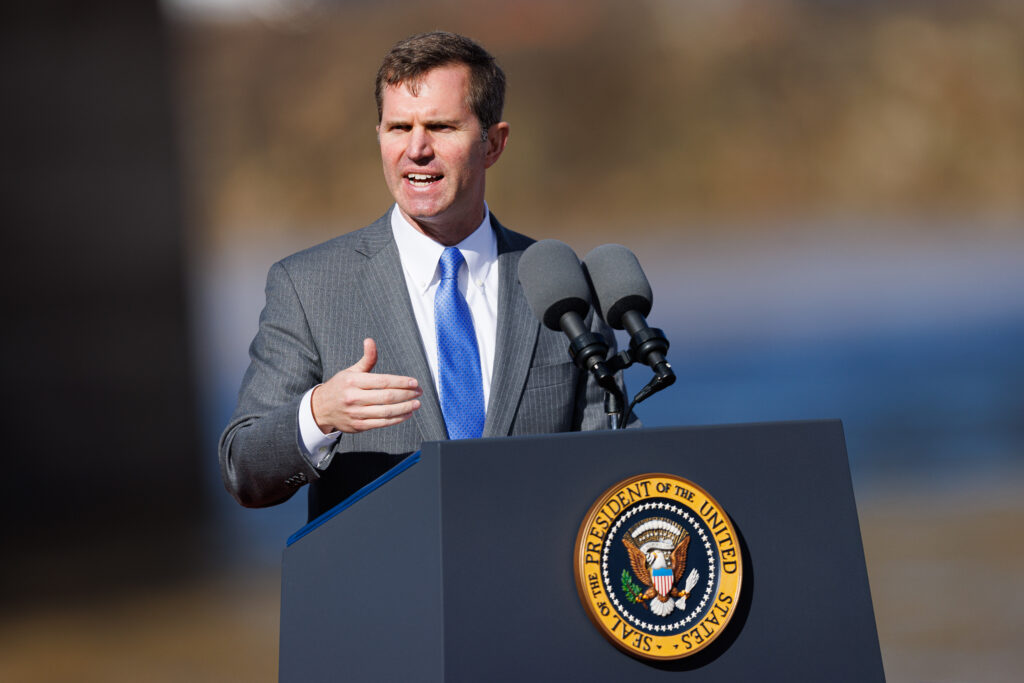 Gov. Andy Beshear has announced an increase in starting pay for staff in youth detention centers and unveiled a proposal to build two new facilities to house juveniles.Photo by Michael Clubb, Kentucky Lantern

Gov. Andy Beshear has announced an increase in starting pay for staff in youth detention centers and unveiled a proposal to build two new facilities to house juveniles.

Those and other changes outlined by Beshear on Thursday come amid criticism from Republican lawmakers about the administration’s handling of unsafe and sometimes violent conditions in the understaffed state-run facilities, including a riot at a facility in Adair County.

The governor said the starting salary for youth workers in detention centers would be $50,000 annually.

In a press release last month, the Governor’s Office said the Department of Juvenile Justice was seeking to fill more than 105 full-time positions across the state’s eight juvenile detention centers. Youth worker hourly pay then started at $21.45 and, with shift hourly premium, employees could earn upwards of $25.71 an hour.

The steps the governor described Thursday in his weekly update come on the heels of other recent initiatives his administration has announced, including housing only female-juveniles in the Campbell County facility, separating male juveniles by level of offense, and expanding the DJJ’s transportation branch to aid law enforcement officials.

Changes in the Department of Juvenile Justice will focus on enhancing the security of youth detention facilities through upgrades and acquiring new equipment and training personnel.

The new steps are:

The governor also said that former Kentucky Department of Corrections Warden Larry Chandler has been hired to be the DJJ’s director of security.

Juvenile justice system policy is expected to be a topic during this year’s General Assembly. During their first week in January, the Senate adopted 34-0 a concurrent resolution to establish a work group that would gather information about Kentucky’s current system and make policy recommendations by Feb. 7.

After the most recent State of the Commonwealth address, House Speaker David Osborne and Senate President Robert Stivers said members of their chambers were working on legislation to address juvenile justice in the state.