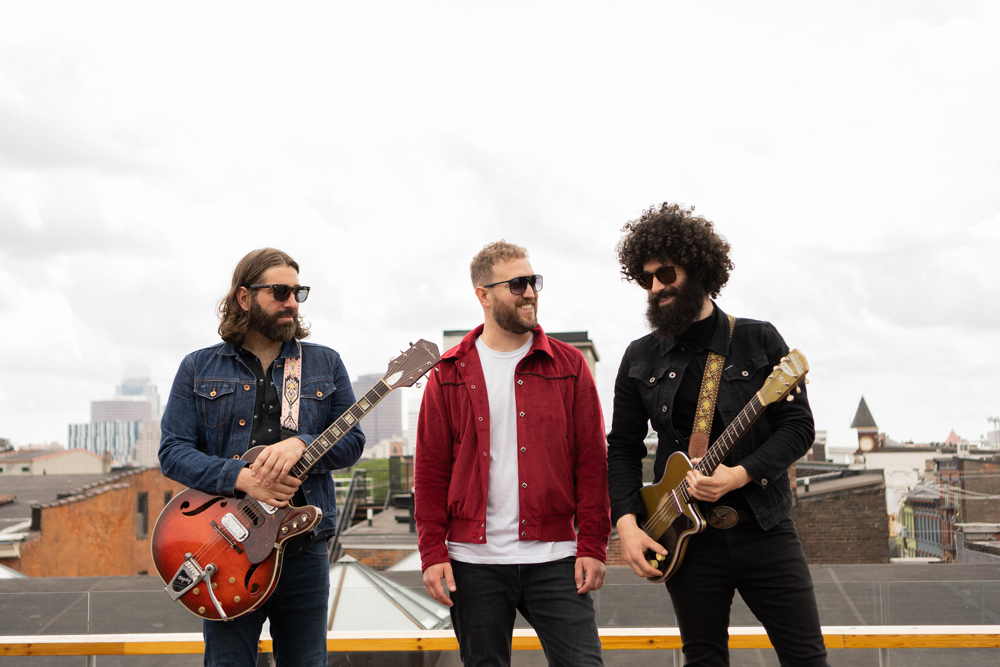 In advance of the concert, GA-20 guitarist Matthew Stubbs talked to LEO about the group’s latest single, working during the pandemic, and more.

LEO: What are you most looking forward to with being in Louisville?

Just playing a new city is always nice, meeting new people. We have some fans there that have been waiting for us to come there, so that’ll be nice to meet people.

As someone who has spent a lot of time living in New England, I can imagine it’s probably a nice time of year to be touring anywhere that’s not that far north.

Last year around this time, we were doing a similar circuit where we started down in Texas and did the South, and it’s definitely nice missing the snow.

LEO: Your latest single, “ATL” — as someone who is a lifelong fan of psychedelic rock, I’m a fan of anything that even has psychedelic tinges to it. Can you tell me about how that single came about and how to interpret it musically?

We were in Atlanta. That’s called “ATL” because we recorded in Atlanta on tour, and we were in the process of writing tunes for our Crackdown record. We just had bits and pieces together.

After a show, a friend of mine who owns a studio invited us over just to hang out, and he had it all rigged up so he could just hit a button to record; we didn’t get all the gear set up. We just recorded a bunch of ideas, and that was one of the ideas that was just on the spot. We came up with it, and we just jammed.

GA-20 typically is more of a traditional blues band, but I’ve had other projects — instrumental, psych rock-type stuff. We weren’t really overthinking it; we were just jamming on it, and it came out cool. We were sitting on that song for a while. After our album Crackdown came out, I was going through material and found that one on the hard drive and thought it would be a cool thing to release.

LEO: Speaking of singles, another single you all released last year is a cover of “Jolene.” What inspired you to cover “Jolene”?

I’ve always been a fan of the song. We recorded that during when everything was locked down. We were doing just some video content to release online, and we were covering a few different songs. Our record label was having a weekly livestream where they were asking different artists to record and video some different covers. We decided to take that one and approach it from, obviously, more of a blues standpoint.

LEO: You’re from New England, but your style is more Chicago blues. How did you all come to find that style?

My father’s a guitarist, so I grew up in a house where he was always playing early rock ‘n’ roll, blues music, and that’s what I got into.

I still play with a Chicago blues harmonica player. His name is Charlie Musselwhite. Been with him for 15 years, so that’s obviously rubbed off on me a little bit.

With Pat [Faherty], the singer and the other guitarist, I decided to start the band. We were in Boston at the time; there was not many bands playing that style of music, if any, really. It was just music we love to listen to, and we figured it’d be fun to do a project paying tribute to them.

When it started, it was more like 50s/early 60s Chicago blues. Now we’ve developed our own style based on that.

LEO: As you mentioned, you’ve been with Charlie Musselwhite for a long time; you have another project, Matthew Stubbs and the Antiguas, but GA-20 is still only a few years old. But you all are still getting number ones on Billboard, Apple Music, etc. You’re no stranger to music, but what does that feel like for a new project to have accolades like that already?

It’s great. Our first record hit number two on Billboard [Blues Albums], and then the last three releases hit number one. It’s great because Billboard’s based on sales and streams, so that means people are actually listening and buying and, hopefully, enjoying. It’s great. It feels good.

LEO: Can you talk more about how the pandemic affected your work and what the last few years have been like for you?

Our first record came out in 2019, so we were just getting going as far as touring as a band when everything shut down, but we already had Crackdown, our latest record, recorded. Not knowing when things were going to open up, we talked to our label; we decided to hold off releasing Crackdown until we had a clearer idea of how to go out and promote it.

Then, when we were at home for that whole time, I built a studio in my house, and we ended up recording our last album. We released that towards the end of the pandemic, the tribute to Hound Dog Taylor. That was kind of fun. It was a co-release with our label, Colemine, and Alligator Records, who started that label and released all Hound Dog’s stuff starting in 1971, so it was like the 50th anniversary edition when we remixed that record.

That was fun. We were able to be productive in that way, and I mixed a live record that was already recorded before. We’re going to be announcing that in two weeks; that’s coming out in March.

It ended up being fairly productive for not being able to be out there on tour. We got a lot done.

Give me an elevator pitch for a reader who’s less familiar with your work to come see your show.

A lot of people, they’re not familiar with blues; they have an idea of what they think it’s gonna sound like. There’s lots of different styles of blues, and I think when people see us for the first time, if they’re not blues fans yet or are not familiar with us, a lot of times, they’re surprised how upbeat it is, how much energy — it’s not what they’re anticipating. I’d like people to come and just check it out, even if they don’t know they’re blues fans yet.