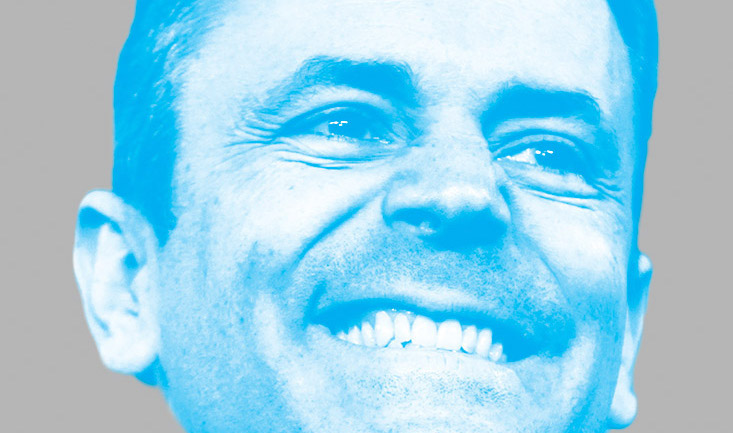 The last time former Kentucky Governor Matt Bevin emphatically told journalists to cover a specific topic — his controversial end-of-term pardons, which included a man convicted in a killing whose brother hosted a Bevin fundraiser and another man convicted for sodomizing an unconscious teen with a sex toy — the Courier Journal won a Pulitzer Prize.

Perhaps he was hoping journalists would strike gold again when he devoted much of his hastily assembled 22-minute-long will-he-or-won’t-he-run-for-governor-again speech in the rotunda of the Kentucky Capitol to telling journalists what they should be covering in the state. He ended the speech by addressing “all those who are already in this race” with a message of unity before leaving the Capitol, getting in a van and driving off somewhere and not throwing his hat in the ring.

Among the topics Bevin covered were:

-How JCPS is a failed system.

-How journalists don’t tell stories about the predominantly Black West End of Louisville.

-How he used to have a “challenge coin” that showed a sparkling image of Kentucky that “was symbolic of the fact that this is a state that has extraordinary upside potential.”

-How Texas and Florida are great states, but nobody wants to live there in July and August because they are too hot.

-How he drives around “in things, most of which are 20 bucks now, so I’m on the cheap end.”

-How Mark Twain allegedly said he wanted to be in Kentucky at the end of the world because everything in Kentucky happens 20 years later — and more than100 years later, Kentucky is still 20 years behind Indiana and Tennessee economically. (The Twain quote is disputed, with no evidence he ever said it.)

The hints that he was running for governor saw a large chunk of Kentucky’s press corps gather in Frankfort and waiting outside of the Secretary of State’s office to see if Bevin would file after he tweeted an early-morning photo of him driving east with the words “A beautiful day dawning in Kentucky…Make it a great day!”

At 12:29 p.m., WDRB reporter Conroy Delouche tweeted that at least 16 journalists and 8 TV cameras were gathered outside the Secretary of State’s office on Bevin watch.

At 12:52 p.m., a little more than three hours from the filing deadline, Bevin raised expectations further, tweeting: “At 2:45pm in the Capitol rotunda (primarily for space reasons and because some of you are probably tired of sitting on the floor outside the SOS office [smiley face emoji] ), I will share a few thoughts before proceeding down the hall…”

At 2:45pm in the Capitol rotunda (primarily for space reasons and because some of you are probably tired of sitting on the floor outside the SOS office 🙂), I will share a few thoughts before proceeding down the hall…

In the end, the former governor, long disdainful of the media, seemed to be wasting their time.

Here at the Louisville Eccentric Observer, where our dedicated news staff is moi, we had multiple minutes-long discussions throughout the day about whether Bevin was running or just messing around.I didn’t drive to Frankfort or anything, but I kept diverting away from tasks to check the latest Bevin news — and the former governor’s rambling speech and this writeup did pull me away from an investigatory story on law enforcement misconduct that I’d planned on chiseling away at this afternoon.

I can’t help but think that like me, the talented (and underpaid and overworked) journalists gathered in Frankfort today could have spent their time reporting on something more important if the former governor did not opt for one more elaborate publicity stunt.