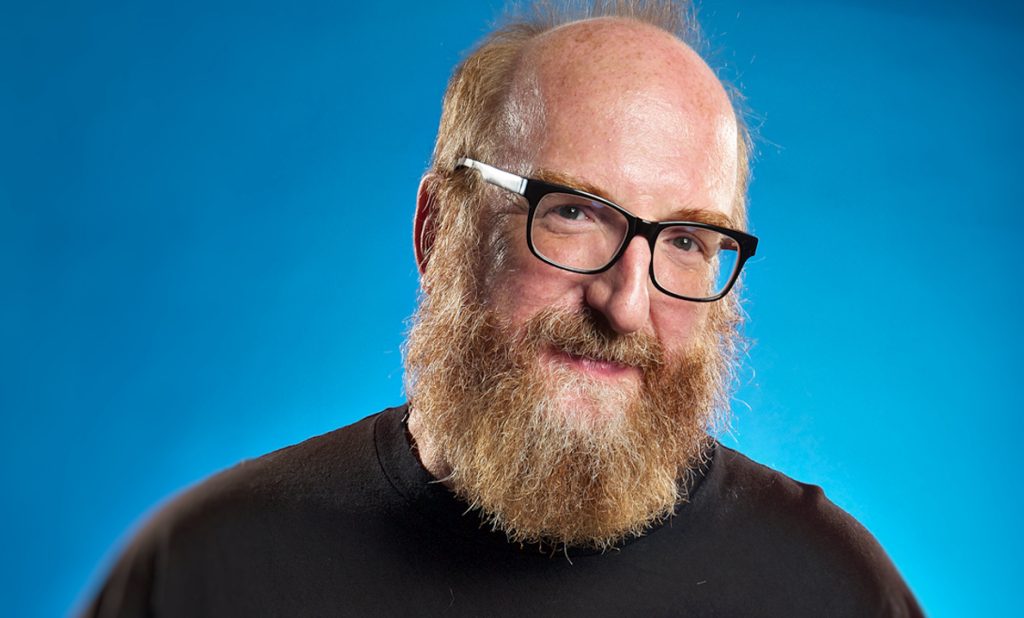 See Brian Posehn at the the Louisville Comedy Club Jan. 12-14. Provided by Representative

You already know Brian Posehn, maybe from “Mr. Show,” or “Just Shoot Me,” “Seinfeld,” or “The Sarah Silverman Show.”  He’s been around for a while and that’s a good thing because when you get to see him at Louisville Comedy Club next weekend starting Thursday, Jan. 12 (through Saturday, Jan. 14), you won’t be shocked when he makes fun of your favorite bands or shares his tales of aging misanthropy. He’s playing five sets so there are plenty of chances to get a seat at the show. Tickets are $20-$32 and can be purchased HERE.

LEO got a chance to ask Posehn a few questions about being a nerd, “Mr. Show,” and comics before he comes to town again.

LEO: Talk to me about your appearance in Louisville. Have you been to Louisville before? What are audiences in for?

Brian Posehn: Yes, it’s been quite a while though. I’ve got an hour of relatively new stuff I really love telling, silly true stories from the last year and a half.

You’ve gained popularity by leaning into your “nerdiness.” How does getting success from the things that once made you “weird” feel? How does that affect how you interact with younger comedians, or even your own kids?

It feels right, nerdiness or “nerd” isn’t a bad word anymore and hasn’t been for some time. I revealed my hobbies and loves in an organic way at a time when it was being more embraced. As far as younger comedians, most of my features are nerdy too. Some have said that they talk about their passions onstage because guys like Patton Oswalt and myself did it first, which is definitely cool to be seen that way. And, my 13-year-old son is an unabashed nerd, growing up totally free to double down on his love for all his geeky interests.

Tell me about being part of the “Mr. Show” legacy.

It’s still one of my favorite things I’ve been involved with. It’s kinda hard to beat as far as comedy writing and performing experiences go. I learned a lot, had a blast and still look up to Bob and David (Bob Odenkirk and David Cross), hands down the funniest people I ever worked for.

As a member of Gen. X, we’re facing the fact that we are, in ways, giant aging children. How do you use that in your work?

I mean it’s kinda who I am, a big old man-child. It’s all coming from that perspective. I like the same movies and music I liked in the ’80s and ’90s and my values have not changed, I’ll still fight for fairness for everyone and against bullies. I’m a Northern California kid that was raised in the ’70s and ’80s by a single mom who put herself through school for me. That’s who I will always be.

You’ve been working consistently for a lot of years. What is one of your favorite experiences in your career? Something that maybe changed your outlook after?

Oh man, so many. “Mr. Show,” “Sarah Silverman Program,” “Mission Hill,” “Devil’s Rejects,” my album, Grandpa Metal,  “The Mandalorian.” I’ve been so lucky. Probably writing “Deadpool.” It was a lot of work but so worth doing.  If anything it made me appreciate comic books and the writers and artists I’ve loved my whole life even more.

What projects do you have in the works? Or. Is there something you have yet to do that you are working to make a reality?

A lot. I have to be busy or I’ll go nuts. I’m still involved in a few projects I started during the pandemic, an animated pilot and several comic books and a couple movie ideas. Horror is my favorite genre and sooner or later, I’m gonna get my comedic take on horror out there.

Lastly, comics… I had no idea that you had worked on so many comics. Tell me more about that and how you feel that comics continue to be such an important part of growing up and expanding our worldview.

Well, it’s just another way for me to tell stories. It’s so fulfilling. I can’t wait to share the stuff I’m cooking up with comic readers in the next couple years. I think it’s cool that young people still find the joy that I found in it. My son is reading some of my favorites now (“The Dark Knight Returns,” “Bendis’ Spider-Man,” Alan Moore’s “Superman” stories) and it’s so fun to talk about after and connect over this lifetime love of mine.