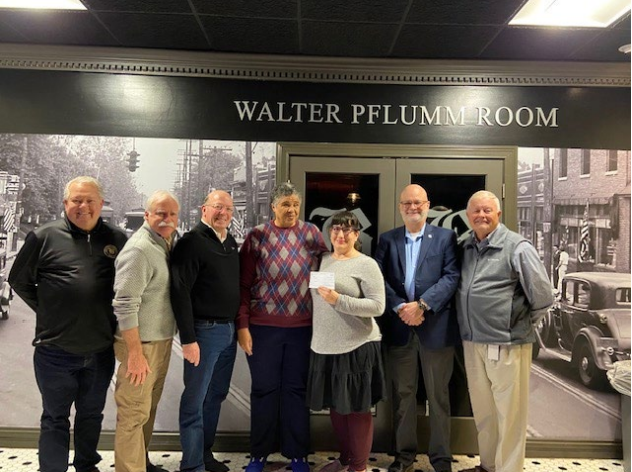 Bringing Justice Home, a Louisville nonprofit received of a “very generous” donation from Bonnycastle Club Foundation, a local organization affiliated with the Bonnycastle Club, according to a press release.

The Bonnycastle Club Foundation was recently formed to be the formal charitable giving arm for funds raised by the foundation and from charitable activities of The Bonnycastle Club is a 100-year-old club that was originally created around a neighborhood football team. The Club functions as a social non-profit with activities to promote spiritual and social fellowship among its members, as well as seeking ways to improve the neighborhood and local surrounding communities through charitable causes.

Bringing Justice Home purchases and delivers food, household supplies and provides social support to medically vulnerable Louisville neighbors. The nonprofit was founded by Constance Merritt, Executive Director and her partner Maria Accardi, President.
“One difference between BJH and typical food pantries is that choices are limited at pantries. BJH neighbors can order anything that a typical grocery store offers – from fresh fruits and vegetables to household goods. It’s all about respecting our neighbors as individuals and providing them with the dignity of choice, rather than being limited to only what the food pantry has,” Executive Director Constance Merritt, said in a news release.

Bringing Justice Home was incorporated in July of 2020. In August of 2020, BJH delivered groceries and household supplies to their first neighbor. Since that time, Bringing Justice Home has received financial and volunteer support allowing them to serve 40+ neighbors every month.