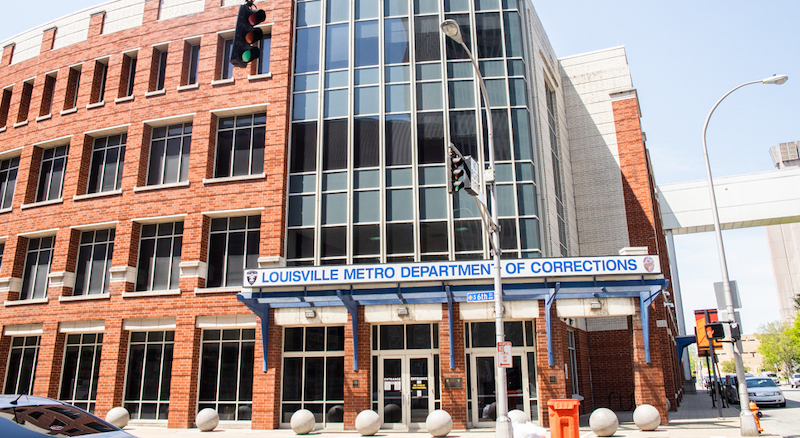 Another person has died in the custody of Louisville’s jail, marking the 13th death in 13 and a half months. Like at least four others who died in the custody of the Louisville Metro Department of Corrections during that time frame, the person appears to have been homeless at the time that they were arrested, according to court documents seen by LEO Weekly.

According to a statement from Metro Corrections, officers were alerted that an incarcerated 61-year-old man was in medical distress at 2:30 p.m. on Monday. Officers and medical staff engaged in life saving measures before transferring the man to UofL Hospital, where he was pronounced dead at 3:19 p.m.

No potential cause of death was listed.

According to the statement, LMDC Director Jerry Collins ordered a Professional Standards Unit breach of policy investigation into the death, as is standard practice, and is making mental health services available to incarcerated people affected by the death.

“I’m proud of the quick response from the corrections staff,” said Collins, according to the statement. “They worked very hard to save [the person’s] life. We’re saddened by this loss and will continue to work to promote a safe and secure environment at LMDC.”

The statement only provided a surname for the deceased person and said that the Jefferson County Coroner’s Office was attempting to contact the man’s family.

A 61-year-old white man with that surname was listed on the jail’s online roster on Monday night, but their name was removed by Tuesday morning. LMDC confirmed to LEO Weekly that that was the individual who died; out of respect for the family, LEO Weekly is not publishing his name until it is clear that his family has been notified.

The person who died at LMDC on Monday was arrested early on the morning of June 24 on a burglary charge related to a break-in and theft at a Gardiner Lane bike store, according to court records. According to an arrest citation, the man and an unknown person broke a glass door worth $400 and stole two bikes worth $440 a piece. He was held on a $15,000 bond.

On his arrest citations, the man’s address is listed as “CAL,” which is Louisville police shorthand for “city at large,” which refers to homeless individuals.

In July, when he was already incarcerated, he was hit with an additional burglary charge  for breaking into a business at a Bardstown Road strip mall on June 23. According to his arrest citation, which was served while he was at LMDC, he “took only low value items, possibly for quick resale at a pawn shop,” while leaving “meds” and $10,000 in cash. The citation added that the man’s fingerprints were recovered from shards of glass at a plant nursery next door where the man was allegedly seen in video footage stealing an air compressor.

He was scheduled to be sentenced in both cases on Jan. 31.

The man is the first incarcerated person to die at LMDC in 2023. The last death of a person in LMDC custody came in October.