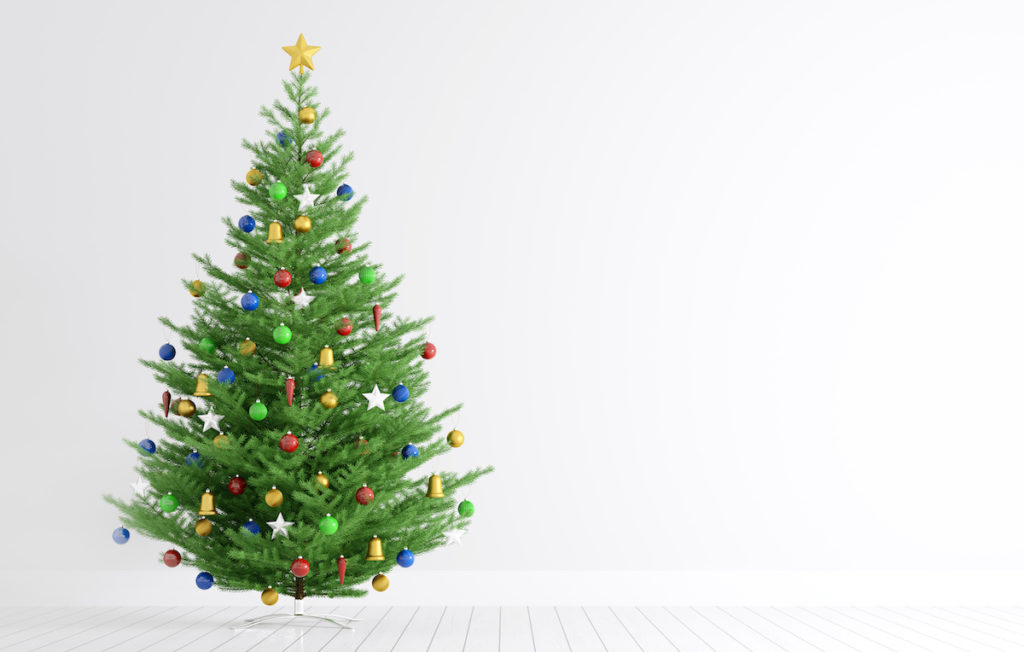 Before we renew the tradition of imaginary but fitting Christmas gifts for Kentucky political figures, here’s a plea for some real gifts for folks who really need them: the people of Ukraine, who are standing up to a vicious bully for our common cause of freedom; and the thousands of people in the upper Kentucky River watershed who still need homes after last summer’s record flood.

The latter plight is in this column’s bailiwick, since some serious political will and taxpayer money are needed to solve it. We can take heart from the willingness of Knott County officials to condemn a needed housing site owned by Western Virginia Pocahontas Properties, which is playing typical coal-company hardball. Those days are over, boys.

And now to our work, begun by the late Ed Ryan as chief of The Courier-Journal’s Frankfort Bureau in 1981: tangible presents for those who have given us so much to write about this year.

Sen. Mitch McConnell: A big magnet, to signify what he wants to be for his fellow Republican senators by resurrecting his 2021 condemnation of Donald Trump when the Jan. 6 committee referred Trump for prosecution: “The entire nation knows who is responsible for that day.” Most of Trump’s legions may not acknowledge it, but McConnell is reminding them of the truth, and it’s decision time for GOP senators. They should “stick with Mitch,” as the senator’s old campaign slogan had it, not kowtow to America’s would-be Mussolini.

Sen. Rand Paul: A wrench, to signify the spanner he threw into the works to keep McConnell protégé Chad Meredith from becoming a federal judge — perhaps the only case where his increasing distance from McConnell has had a real impact.

Rep. James Comer, R-Tompkinsville/Frankfort/one-third of Kentucky: As new chair of the House Oversight and Reform Committee, a muzzle for Rep. Marjorie Taylor Greene of Georgia, whom would-be speaker Kevin McCarthy will likely put on Comer’s committee to secure her vote for him. Also, one of those big, academic-style laminated posters with all the texts between 34 Republican House members and then-White House Chief of Staff Mark Meadows about efforts to overturn the 2020 election — to remind Comer just how nutty and dangerous some of his colleagues can be.

Rep. Brett Guthrie, R-Bowling Green, incoming chair of the health subcommittee of the House Energy and Commerce Committee: A portfolio of political fact-checker columns to remind the normally responsible congressman that in his new position, he won’t be able to get away with exaggerations and unsupported assertions like those he made about Medicare and COVID-19 in a Dec. 7 interview with Axios.

Rep. John Yarmuth, D-Louisville, retiring after 16 years in the House: a miniature carousel, to signify what he said in his farewell speech: “I won’t miss everything about the circus, and I will miss many, but not all of the clowns.” Might he have been thinking of Kentucky colleague Thomas Massie, R-Garrison?

Republicans running for governor (there are so many they could take up a whole column): An independent broker to arrange a series of forums around the state for the six candidates who have real campaigns. GOP voters deserve real discussions of issues and their backgrounds, not just TV sound bites.

Attorney General Daniel Cameron:  He’s among those candidates, but is the only one backed by Trump, so this suggestion from one of Santa’s elves is too good to leave in the sleigh: The unused “Save America” signs and other leftover Trumpian materials from Herschel Walker’s failed Senate campaign in Georgia.

Former Gov. Matt Bevin: He’s not running, at least not yet, so another elf offers a vinyl record of “Pardon Me, Ray” (to the tune of “Chattanooga Choo Choo”), the parody about the 1978-79 pardon scandal of Ray Blanton, which was so bad that leaders of his own Democratic Party engineered an early inauguration of his Republican successor as governor of Tennessee.

Gov. Andy Beshear: A poster with photos of all 11 Republicans who are running to unseat him, plus Bevin, to remind Beshear that he’s essentially been running against himself in those polls that show him to be the nation’s most popular Democratic governor. Republican candidates will soon compete to show who is the best attacker, and after May 16, it will be one-on-one with the governor.

State Senate Majority Floor Leader Damon Thayer, R-Georgetown: Since he would like to make just about all elections partisan, a monthly report of Kentucky voter-registration statistics. They’ve shown an increasing Republican trend for years, but in the Trump era there’s been an even greater proportional increase of independents. Excess partisanship turns off voters.

To all our readers: Merry Christmas and happy new year — and a reminder that your subscriptions to news outlets support journalism that is essential to a working democracy.

Al Cross (Twitter @ruralj) is a professor in the University of Kentucky School of Journalism and Media and director of its Institute for Rural Journalism and Community Issues. His opinions are his own, not UK’s. He was the longest-serving political writer for the Louisville Courier Journal (1989-2004) and national president of the Society of Professional Journalists in 2001-02. He joined the Kentucky Journalism Hall of Fame in 2010.