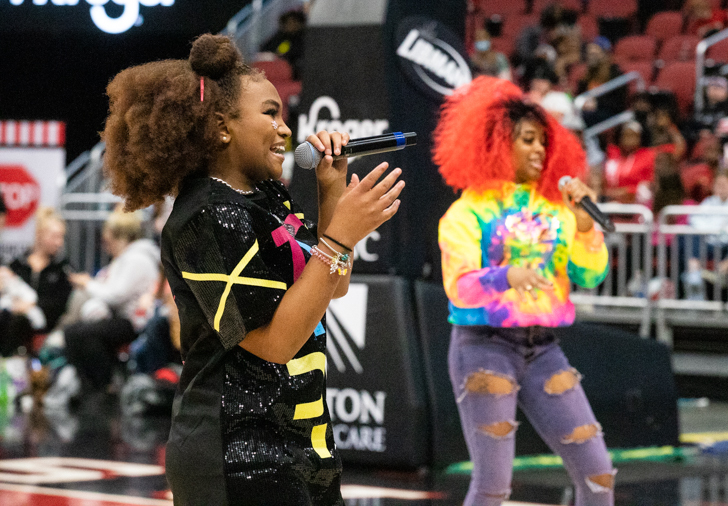 Members of The Real Young Prodigys perform at the halftime of the Harlem Globetrotters game on January 15, 2022, at the KFC Yum! Center.Photo by Carolyn Brown

The Real Young Prodigys, a local youth performance group that uses hip-hop for education and social change, received a $500,000 grant on “The Tamron Hall Show” on Monday.

The group’s parent organization, Hip Hop N 2 Learning (HHN2L), was one of three winners of the Accelerator Award from The Lewis Prize for Music.

The Real Young Prodigys performer D’Angelia McMillan, who is 13, spoke about the group’s song “CROWN,” which promotes the beauty and variety of natural Black hairstyles. The group also used the song to promote the CROWN Act, which Mayor Greg Fischer signed into law in Louisville last July. The ordinance makes it illegal to discriminate against natural hairstyles like dreadlocks and box braids.

Hall told her audience that all of the award winners thought they were only on the show to talk about how music groups like theirs change lives, with no idea that they were about to win money.

Check out a video of their win: