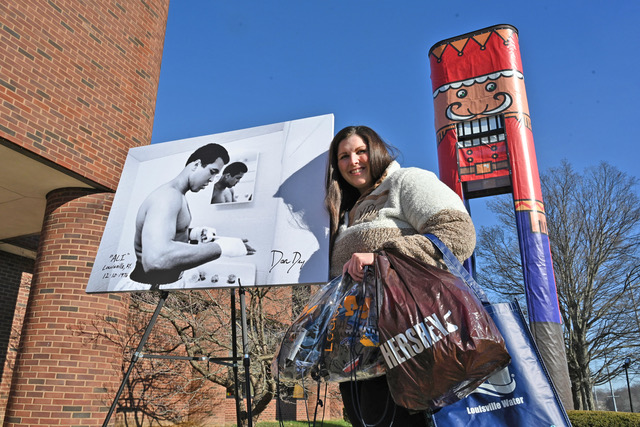 Congratulations to Vicki Robinson for submitting the winning name for the PriceWeber nutcracker contest.

Back in early December, we reported that marketing/PR firm PriceWeber was looking for a name for the larger-than-life nutcracker outside its office on Shelbyville Road. Now, we can share that it has a name, and what a name it is: Jingle GingerPants.

The company announced the winning name, which was submitted by Vicki Robinson from Middletown, in a press release this morning.

The company says it received more than 1,200 name ideas in a week; other top choices included Beau of Louisville, Kringle McCrackle, Nutty Von Cracken and Prince Weber, but Jingle GingerPants was the public’s favorite in social media polls.

PriceWeber CEO Fred Davis said in a statement, “We knew that our nutcracker had become a holiday season tradition for local families, but we are truly surprised at the response to our naming contest. Our business is about creativity, but you don’t have to work in advertising or marketing, or even be an adult, to exercise your creativity. Many of the nutcracker’s fans of all ages participated. The public has now spoken, and we are pleased to award the prize package to Vicki.”

Vicki Robinson and her husband Jonathan have a two-year-old son and a baby girl on the way. In a statement, she said, “We have lived in Middletown for three years and love seeing PriceWeber’s belltower transformed into the nutcracker every year. I can’t wait to take my son to see Jingle GingerPants and tell him mommy got to name it!”