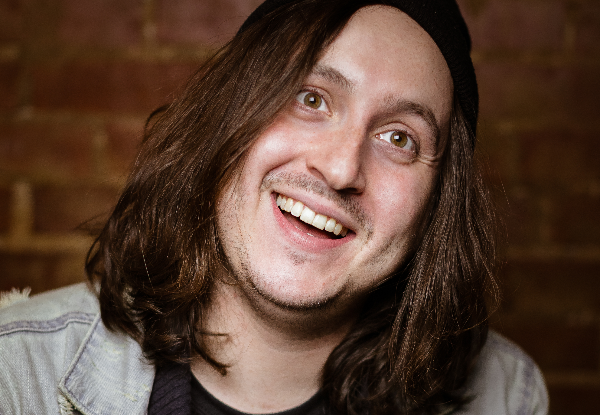 Fans of Louisville standup comedy may have seen Tyler Jackson in previous years performing as a Christmas monster, Ron Weasley, or Jesus, but he’s since moved to Chicago and Los Angeles. This season, however, he’s home for the holidays and will perform at Planet of the Tapes on Wednesday, Dec. 28, at 8 p.m., with Kyle McGlothlin, Kent Carney and Jordan Goodwin.

Tickets are $10, and you can get them at this link.

According to Jackson’s bio, he “has a short attention span, a bad memory, and an off-kilter sense of humor. He cobbles his act together out of a thousand little bits of absurd wordplay, groan-worthy puns, and embarrassing personal details, clinging to the hope that the whole of his comedy is greater than the sum of its bizarre parts.”

Jackson also performed at another local show, “A Very Commie Christmas,” on Wednesday, Dec. 21, and was supposed to have performed at The Caravan on Thursday, Dec. 22, but the latter show was canceled (presumably due to the weather).

That said, a disclaimer: this article was written a week before Jackson’s Dec. 30 show. Check Planet of the Tapes’ social media for the most up-to-date information on possible weather cancellations or delays.

In the meantime, check out some of Jackson’s clips from his social media: