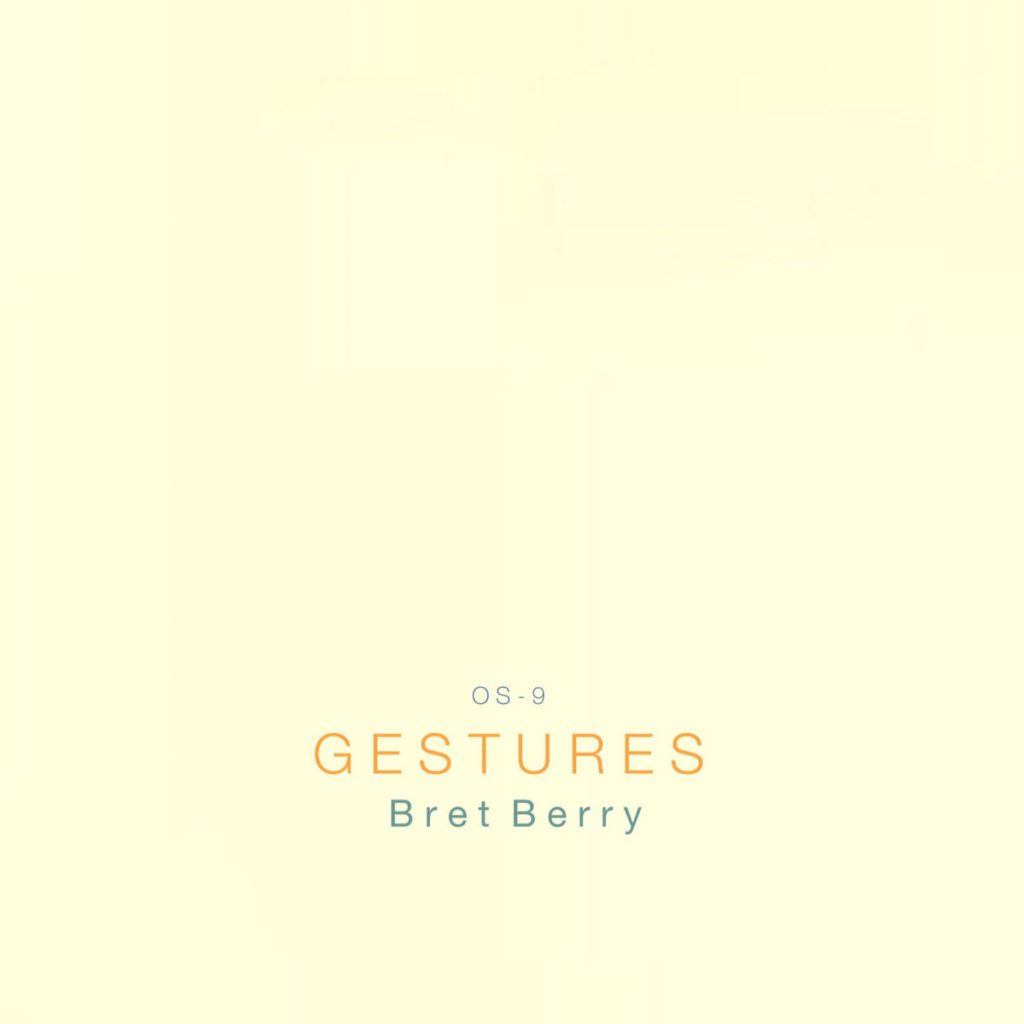 Sometimes friends need to be told how important they are to someone, which is exactly what Bret Berry set out to do with their album Gestures, even if, at the time, they didn’t know it. Each song, they says—including “Dust In Light”—is named in honor of someone who has been a positive or uplifting force in his life over the years.

“With Gestures, I held each composition to two parameters,” Berry said. “One, each piece had to be short, one minute or less, and two, I didn’t work on any one piece for very long. Aside from that, anything goes. Another conceptual aspect is that many of the pieces on Gestures are love letters to friends, former partners, or artists who have been long-time inspirations. ‘Dust In Light’ was originally ‘Gesture 9.’ I sent it to a friend of mine, Dustin, who’s also the creator of the tape label Obsolete Staircases and he made a specific mention of ‘Gesture 9’ as being one he liked, which inspired me to dedicate it to him. It was the impetus for giving each piece its own title as homages to meaningful people.”

For a short piece, “Dust In Light” packs quite a punch of emotional resonance. At only 55 seconds, it masterfully mimics its own ethereal aesthetic: a brief passage of time, haunted by a sparse yet melancholy piano melody hovering like a ghost over the muttered rhythm of a skittering metal-ish drumbeat.

“I make things to keep myself happy, balanced, and feeling ‘alive,’” Berry said. Conceptualization is an inevitable part of the creative process, but the sequential relationship between concept and content is never fixed. It just so happens that, in this case, the thing was composed and shared. In that sharing, its meaning was revealed. Does the song kindle your sense of curiosity in any way? Does it inspire a sharpening of attention or incite inquiry? Does it make you want to create something yourself, or to be more intentional with your life? If it does any of these things, it has succeeded.

If Berry’s music seems like great background music, excellent for periods of meditation and meditation or just to fill the background void of our lived experience, there’s a reason for that. After the release of Gestures, Berry made their way out west to “pursue a life of monasticism,” complete with plenty of opportunities in which to meditate.

“The whole album is kind of goodbye,” Berry says. “The title of the final piece on the tape, ‘All Good Wishes,’ which is the closing salutation on emails from the monk whom I was in contact with when making my plans to move out there to the monastery, was both a goodbye to my life in Louisville a musical practice as well as a salutation to where I was headed next and also to the people and world I was leaving. Regardless of what a particular composition might mean, though, the underpinning of all of my creative work is simply this: expressing thanks to those who have loved, supported, and inspired me and, in turn, releasing something into the world as thanks, as tribute; something that may be of love, support, or inspiration to someone else.” •