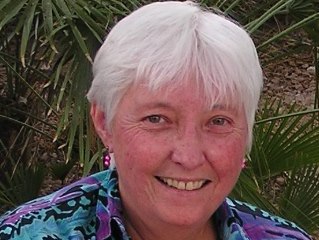 Pam Frisk, activist and publisher of “The Lavender Letter,” passed away on Dec. 4.

“Just as ripples spread out when a single pebble is dropped into water, the actions of individuals can have far-reaching effects,” said the Dalai Lama.

The actions of one can truly change the lives of many. Pam Frisk, activist and publisher of “The Lavender Letter,” passed away on Dec. 4.

“The Lavender Letter,” which was published from 1980-1989, was the first publication in Louisville created by LGBTQ people, for LGBTQ people. It gave the LGBTQ community a conduit to issues and events specifically for them, including some of the earliest community information about HIV and AIDS.

“Pam’s main contribution to the local LGBTQ movement was publishing our first newsletter in the 1980s,” said David WIlliams, founder of the Williams-Nichols Collection, a collection of LGBTQ books, images, and other materials. ”She also lent support to the fight against AIDS until about 1995 and helped many people suffering from that disease.  She was a major force in the early days. The Lavender Letter kept us together at a time when forces all around us were trying to tear us apart.”

For her work, Frisk received awards, and much recognition for her dedication to her community.

Pam’s partner Cindy Wright wrote her obituary that gave more details about her life in her obituary, available here.