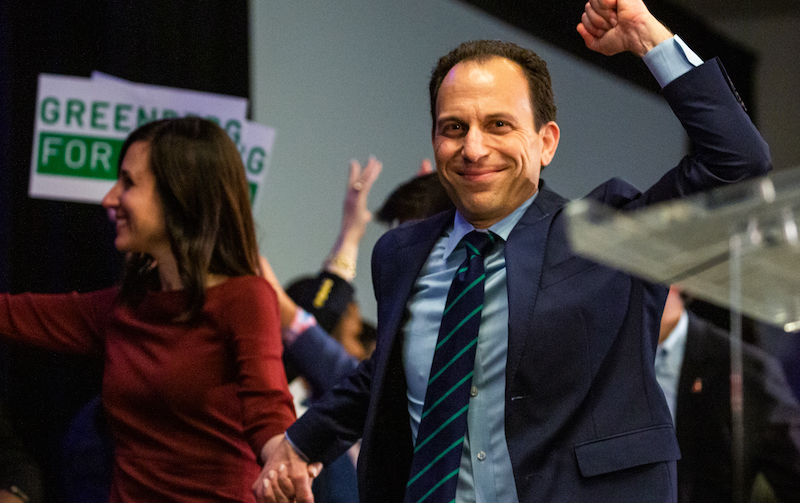 Craig Greenberg on Election Night, after winning the race to be Louisville's next mayor. | Photo by Carolyn Brown.

Louisville’s next mayor, Craig Greenberg, will be sworn into office on Monday, Jan. 2 — and following the swearing in ceremony, the public is invited into downtown Louisville’s Metro Hall to meet the new mayor, his family and members of the incoming administration.

Between 1 and 4 p.m., members of the public are invited to Metro Hall at 527 West Jefferson Street according to a press release sent out by the new administration. To encourage the public to attend, rides on all TARC routes will be free on Jan. 2.

Greenberg will be sworn in during a private ceremony on Monday morning ahead of the open house.

Back in May, LEO Weekly profiled Greenberg, who survived an assassination attempt at his Butchertown campaign office last February. Check out that profile here.