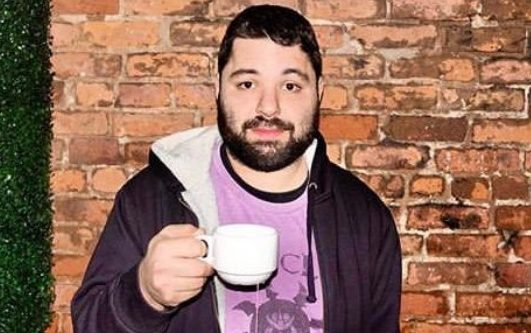 Comedian Rannan Hershberg shows up on NYT "Best Comedy of 2022."

In the article, critic Jason Zinoman wrote: “You can make an argument that the best producer of specials right now is YouTube, especially when you factor in price for the viewer. Among the comics who released funny specials for free were Fahim Anwar, Ari Shaffir, Liz Miele and Ali Siddiq. But the one that made me laugh loudest was ‘Jokes From the Underground’ by Raanan Hershberg, whose punchy and deliriously funny club comedy made me laugh after second and third viewings.”

“​Very honored my special made the list of @nytimes Best Comedy in 2022. Don’t wait to make shit on your own. And the only way I would ever consider producing something with @netflix or @hbomax in the future is if they asked me.”

His next tour date in Louisville is at the Louisville Palace on Monday, Jan. 16, opening for Louis C. K.

Hershberg filmed “Jokes From the Underground” at New York City’s Comedy Cellar in April. Watch the special below, or watch Hershberg’s first special, “Downhill Ever Since,” underneath.