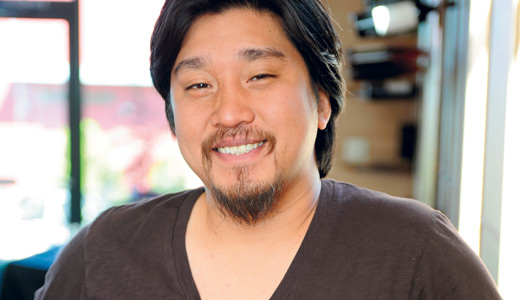 Chef Edward Lee, the James Beard Award-nominated chef and owner of 610 Magnolia and Whiskey Dry, is slated to open a Korean steakhouse, “Nami,” in Butchertown in early 2023.

According to a news release, Nami, Lee’s first new restaurant in Louisville in five years, will be part of a new apartment/retail complex at 835 E. Main St. The two-level restaurant will include a main dining room, a bar and lounge, Korean grill tables, a private dining room and a private karaoke room.

“I’ve always wanted to get back to my roots and cook Korean cuisine in a way that represents my heritage but [is] also influenced by my experiences of over 20 years of being a chef in Kentucky,” Lee said in a statement.

Stacie Stewart will be the restaurant’s general manager and director of cocktails. The press release says that Nami’s cocktails will “feature ingredients and flavors that pay homage to Asian cuisine and will take notes from trends around the globe while still being unique and thoughtful. Drinks will be designed to pair with food but will be balanced and enjoyable on their own.”

The press release does not specify the restaurant’s opening date, but a Courier Journal story published this morning says Lee hopes to open Nami in March.