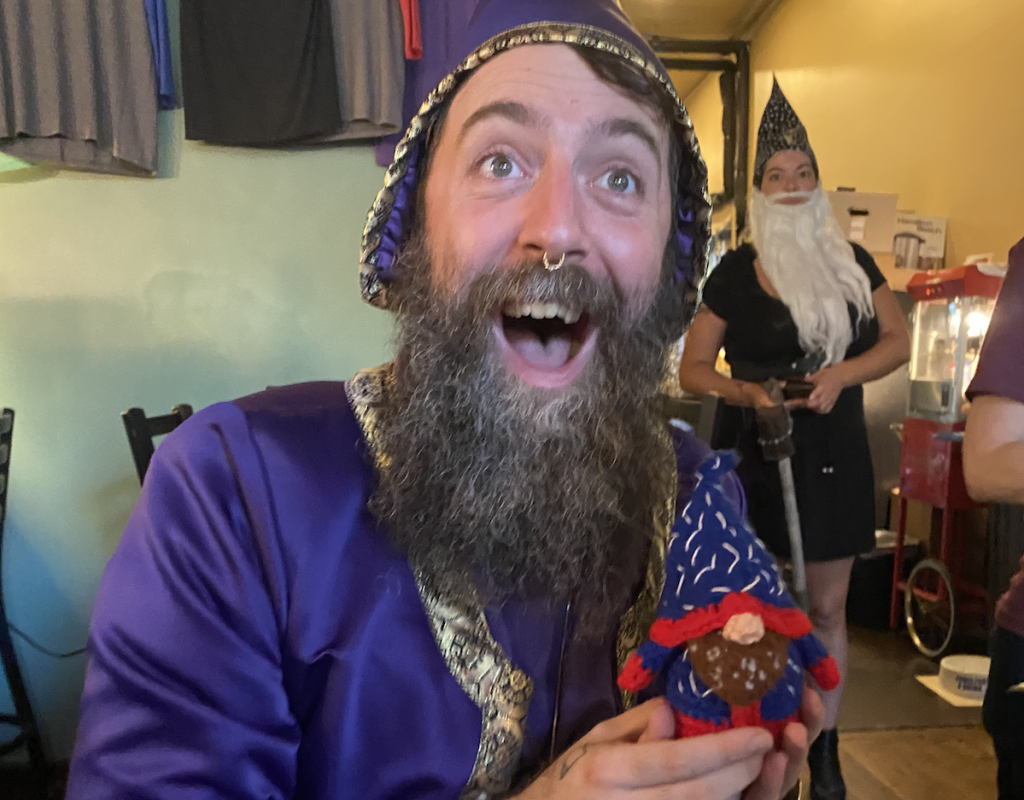 Devin Person at a previous Wizard Wednesday.Photo by Carolyn Brown.

LEO’s most recent cover story, “The Wizard of Old Louisville,” profiles Devin Person, a Louisville transplant with a very unique career. Today, Nov. 30, marks the eight-year anniversary of the ritual he did to “become a wizard” in 2014.

Person also hosts a podcast called “This Podcast is a Ritual,” where he interviews guests about magic and magic-adjacent topics. On today’s episode, “Four Year Anniversary Spectacular!!!! (Part One),” Person sits down with LEO’s own Carolyn Brown, the staff reporter/photographer who wrote last week’s story.

In the 51-minute episode, Person and Brown talk about how the story began (and almost didn’t happen) by chance in a Louisville coffee shop, how it developed, and what it’s like to report about wizardry.

Listen to the episode on Spotify, Apple Music, SoundCloud or wherever you get your podcasts.

If you’re interested in meeting Person and other local wizards face-to-face, Old Louisville Brewery (625 W. Magnolia Ave.) is once again hosting Wizard Wednesday tonight from 6-10 p.m. This, too, will be an anniversary celebration of the original ritual — with another ritual of its own, which will be recorded live for Part Two of the upcoming episode.