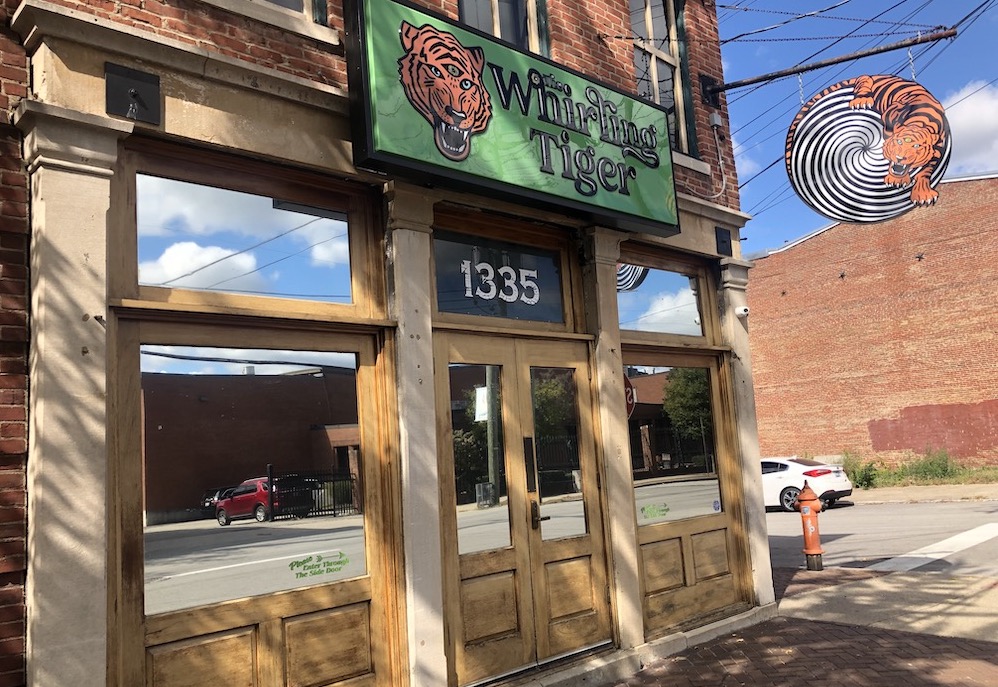 The front of The Whirling Tiger.

The Whirling Tiger is getting another life.

This past weekend, longtime Louisville music promoter Mark Evans announced that he and Alley McDowell have bought the bar and performance space at 1335 Story Ave. in Butchertown. The goal, they told LEO, is to have a soft opening in December, and a more robust calendar of events underway in January.

The space has been numerous bars and concepts throughout the years, but the ownership team behind Against The Grain Brewery & Smokehouse opened the venue as The Whirling Tiger in Nov. 2021, and abruptly closed it down less than a year later in Sept. 2022.

Going forward, the two new owners said they will run the business under the Whirling Tiger name, and continue to host concerts by both local and touring acts, as well as other events. They also plan to keep the front bar area open, although they said that they’re contemplating some tweaks to give it a slightly new identity and brighten up the space a bit.

“There are definitely some ambiance-type things that we want to change and switch around to make it our own and make it feel like the same place it was, but just kind of a little better in our eyes,” McDowell told LEO.

Evans, who has booked concerts for around a decade at Zanzabar, said he will continue to book that venue after The Whirling Tiger opens.

He said the two small, independent rooms can work in harmony.

“We can really be more intentional about the calendar for both spaces and make sure they work together instead of against each other as competitors,” Evans told LEO.

Under the previous ownership, The Whirling Tiger celebrated its grand opening on Nov. 19, 2021. It replaced what had formerly been Odeon, another bar and music venue.

In an Instagram post about the purchase, Evans said that he plans to collaborate with members of the Whirling Tiger’s last team so “everyone feels a sense of pride in what we accomplish in the future.”