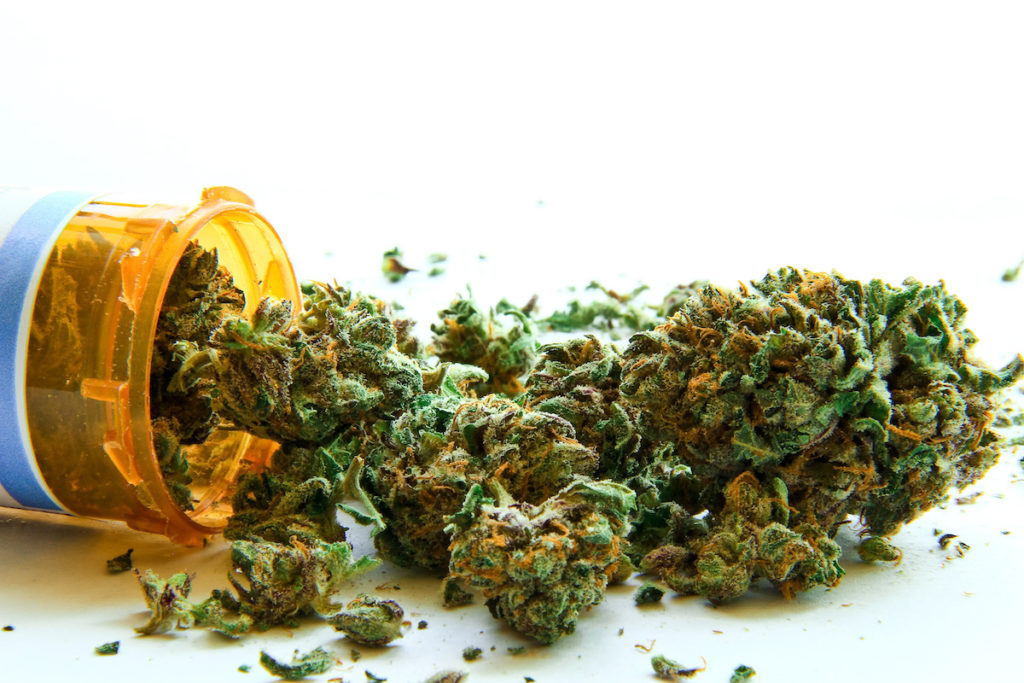 Medical marijuana is already legal in all of Kentucky’s neighbors save for Indiana and Tennessee.

Kentucky Governor Andy Beshear used an executive order on Tuesday to effectively legalize medical marijuana for Kentuckians diagnosed with 21 “severe” medical conditions, ending the Commonwealth’s longstanding total prohibition of the drug. The catch is that the marijuana must be legally purchased out of state.

“Kentuckians suffering from chronic and terminal conditions are going to be able to get the treatment they need without living in fear of a misdemeanor,” Beshear said in a press release. “With 37 states already legalizing medical cannabis and 90% of Kentucky adults supporting it, I am doing what I can do to provide access and relief to those who meet certain conditions and need it to better enjoy their life without pain.”

Under the executive order, Kentuckians with terminal illness, cancer, post-traumatic stress disorder, severe and chronic pain and 17 other medical conditions will be allowed to possess up to eight ounces of medical marijuana beginning Jan. 1, 2023. However, the marijuana must be “lawfully purchased” within the United States, “but outside the Commonwealth of Kentucky,” meaning Kentuckians will still have to leave the state to obtain medical marijuana.

Beshear said that guidance was being created for law enforcement to be able to determine who does and doesn’t qualify. Kentuckians will need to keep their receipt after purchasing medical marijuana from another state and must also have written certification from their healthcare provider showing they have been diagnosed with one of the 21 qualifying conditions.

Medical marijuana is already legal in all of Kentucky’s neighbors save for Indiana and Tennessee. Thee of the state’s neighbors — Illinois, Missouri and Virginia — have legalized recreational marijuana as well.

Beshear presented his executive order as an attempt to give Kentuckians experiencing pain an alternative to opioids, which claimed over 2,200 lives in overdoses in the Commonwealth last year.

At the press conference, Beshear also said that there are limits to his executive powers, which will lead some people to think he didn’t go far enough with Tuesday’s order, while he expects other people to think he went too far. However, he said he believes the move represented a balanced approach.

“What we’re trying to do is take a measured step, help those that are struggling, ensuring they can purchase through a safe and reliable place and ultimately no one should feel like a criminal when they can legally purchase it in one of our neighboring states and use it in another,” he said.

During the 2022 Kentucky General Assembly, Rep. Jason Nemes, a Republican from Louisville, filed a restrictive, 138-page piece of legislation that would have allowed non-smokable medical marijuana for certain conditions, including cancer, chronic pain, epilepsy, multiple sclerosis, nausea or vomiting and post traumatic stress disorder. It passed through the state Senate, but was never considered in the House.

He introduced a similar bill during the 2020 session, with the exact same results.

In April, about a month after the 2022 General Assembly ended, Beshear released a four-step plan he said aimed to move the state toward legalizing medical marijuana.

As part of the plan, he said he reached out to his general counsel, who would analyze the options that he had to take executive action on legalizing medical marijuana.

A second executive order signed by Beshear on Tuesday brings Delta 8, a cannabinoid found in cannabis plants that is legally sold in Kentucky, under state regulation.

At a press conference Tuesday, the governor also said that the executive orders were not an adequate substitute for passing legislation to fully legalize medical cannabis in Kentucky. To attempt to achieve broader legalization, Beshear said he will try to work with the state legislature during its upcoming session, which starts in January.

“It’s about the people,” he said. “It’s about people that are suffering. And I hope that we can provide them this form of relief, if they qualify, until legislation is passed. But I would anticipate legislation will provide relief to more individuals than the executive order. Here you still have to travel, you still have to meet certain conditions.”

Reacting on Twitter, Republican Kentucky Attorney General Daniel Cameron said: “Time and time again, the governor has attempted to bypass the policy-making authority of the General Assembly. Today’s executive orders regarding medical marijuana and Delta 8 are another example of his attitude toward governing…As always, he seems to relish ruling by decree instead of by the law.”

Cameron is running for governor in next year’s race and has already been endorsed by former president Donald Trump.

Beshear’s press conference on Tuesday featured Jeremy Bonvell, who was identified as an Air Force veteran from Northern Kentucky who deployed to both Afghanistan and Iraq. Before he began using marijuana, Bonvell said he was on 13 medications that appeared to be ineffective and figured he had two to three years left to live as his health declined. He credited marijuana with turning his life around.

“I know veterans who have gotten off of heroin, meth, any drug you can think of, that have turned their lives around with the responsible use of medical cannabis,” he said. “To me it’s a wonder drug. I don’t even call it a drug; it’s a plant.”

To read Beshear’s medical marijuana executive order, which includes a list of the 21 medical conditions it covers, click here.