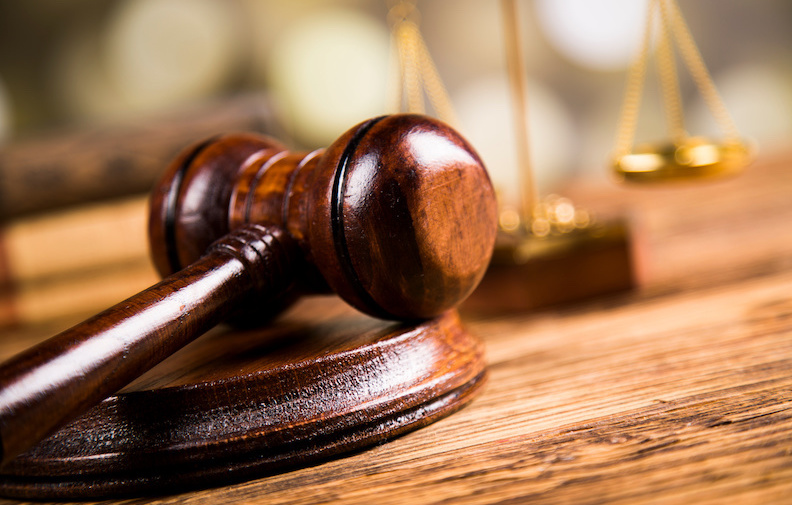 Annie Zangari always wanted to be a public defender representing those who can’t afford counsel. It’s something she wants to spend her life doing. And it’s why, fresh from law school in 2018, she came to Louisville, a city she had no ties to, to take a job with the city’s public defender’s office.

But saddled with 350 active cases — and feeling like she was receiving little guidance or supervision when handed cases involving serious felonies like rape and murder — she decided to leave the Louisville public defender’s office earlier this year.

“It got to the point where I was starting to burn out. I didn’t feel like the kind of lawyer I really wanted to be,” said Zangari, who is now a public defender in Philadelphia, where she currently has 90 active cases. “And I think a lot of that was because of the conditions in Louisville.”

It’s the kind of conditions Zangari described that led Louisville’s public defenders to vote to unionize in January of this year. They said they were facing “unmanageable” case loads and losing colleagues in an endless churn of turnover. By unionizing, representatives of the public defenders union say they are hoping to improve conditions in the workplace and better represent their indigent clients navigate the court system.

But after that 32-5 vote to unionize under the International Brotherhood of Electrical Workers Local Union 369, the union said that the Louisville-Jefferson County Public Defender Corporation was refusing to negotiate in good faith.

On Wednesday, their employer, the Louisville-Jefferson County Public Defender Corporation, will be brought to court, accused of violating the National Labor Relations Act, the longstanding federal law that guarantees private sector employees the right to organize, strike and engage in collective bargaining.

In a complaint filed earlier this year, the National Labor Relations Board accuses the Louisville-Jefferson County Public Defender Corporation of violating labor laws by refusing to collectively bargain and refusing to provide information related to wages, hours and terms and conditions of employment to the union. The complaint is based off of charges filed by the International Brotherhood of Electrical Workers Local Union 369.

An additional charge that the Public Defender Corporation retaliated against a union member by subcontracting the work of their division was dismissed in October, with the NLRB saying there was insufficient evidence that the move was motivated by union activity.

Ben Basil, attorney with the International Brotherhood of Electrical Workers Local Union 369 who is representing the union, said the Public Defender Corporation only started negotiating with the union and providing some of the requested information after the NLRB complaints.

“That’s not enough to get them out of legal trouble,” said Basil. “It’d be like if I stole your wallet and wouldn’t give it back to you and then the police came and then I was like ‘Well, he can have it.’ Too late, I’ve already done the thing. That’s kind of where we are.”

While negotiations have started, Basil said, “At this point, there’s not a lot of areas where we’ve been able to reach any agreement on.”

According to Basil, high case loads, inexperienced lawyers being assigned serious felonies and pay are some of the issues at the center of negotiations for the union. Louisville’s Chief Public Defender Leo Smith declined to comment on how negotiations were going, but said both sides had so far made proposals and counterproposals.

In an opinion, Kentucky Supreme Court Chief Justice John D. Minton wrote that the petitioners were asking the court to “imagine and then resolve several hypothetical ethical situations.” He also wrote: “Petitioners contend that it is unethical for any attorney in the Commonwealth to join a collective bargaining unit.”

In an email, Chief Public Defender Smith said he did not understand why LEO Weekly was reporting on the case ahead of Wednesday’s hearing instead of after its conclusion and said it was inappropriate for him to make “extrajudicial statements or comment beyond what is set forth in the pleadings.”

In a Sept. 20 answer to the NLRB complaint, attorneys representing the Public Defender Corporation denied violating labor laws, saying they were waiting for the Kentucky Supreme Court to come to a decision before beginning the bargaining process and that further, they had provided information requested by the union, albeit several months after that information was requested. Attorneys for the Public Defenders Corporation added that the office had started hiring outside counsel to assist in an effort to lower staff case loads.

Speaking at a Metro Council budget hearing in May, Smith said: “Contrary to what has and is being said, I’m not opposed to unions. However, I have legal, ethical and fiduciary responsibilities to our indigent clients that are paramount to any personal views or preferences I may have.”

The heavy case loads Zangari described are experienced by other Louisville public defenders as well.

Public defender and union member Blake Gerstner said in his first year with the public defender’s office, he handled 783 cases spanning “everything from a traffic ticket to a murder.” Speaking to LEO in September, he said he had 266 active cases. Every morning, he said, he handles between five and 12 cases, leaving little time to review them.

“I don’t think there’s an attorney in my office who believes that they are fully meeting their ethical, their constitutional, obligations to each of these indigent clients,” he said. “I’ve brought these concerns directly to my supervisors: I do not feel like I can represent 266 [cases] at a time in a totally competent manner.”

“At the end of the day, all we are looking for is the ability to better represent our clients,” she said. “There are days where I can feel like I am not doing any good for my clients, that I am simply a cog in the wheel because I have 15 other cases and ‘this deal sounds good enough, so I think you should take it and you don’t want to come back to court’ so I’m just going to go ahead and do that.”

Vining said she’s watched colleagues’ “bodies just break down from the stress” of the job and that of the 14 public defenders who joined the office as part of her incoming class three years ago, only two remained.

“We do not do this job because we want to be hotshot lawyers who get to give the big final speech that changes everyone’s heart,” she said. “My job is to look at a kid who has been in foster care in and out since he was four years old and has gone through all of this trauma and get up in front of a judge and humanize him in a way that no one else in this system will.”

As a result of those working conditions, Vining and Gerstner said, public defenders often do not last long in Louisville.

In an email, Chief Public Defender Smith said high case loads were a “chronic problem for public defender offices throughout the nation” and that the Louisville public defender’s office has taken steps such as improving salaries to reduce workload and help recruit and retain lawyers.

Starting salaries at the public defender’s office were bumped up from $45,000 to over $52,000 for the current fiscal year. That figure goes up slightly after attorneys finish a nine-month probationary period. However, attorneys are expected to work 60 hours per week, said Basil, the IBEW lawyer representing the public defenders union.

Despite the recent pay hike, the office remains roughly 20 attorneys short-staffed according to statistics provided by Basil.

Funding for Louisville’s public defender’s office is split between the city and the state’s Department of Public Advocacy.

Zangari, the public defender who left for Philadelphia earlier this year, said the 90 cases she currently has are at the high end for attorneys there. Whereas she felt that inexperienced public defenders in Louisville were given high-level felonies with little guidance, in Philadelphia, she said, attorneys are more carefully eased into things with training and feedback.

“You’re getting training handling lower-level offenses before you’re thrown into very serious ones, before the stakes are extremely high,” she said. “You actually receive training and feedback and supervision to teach you how to handle these cases, which is something I never ever got in Louisville.”

Responding to LEO Weekly, Smith, Louisville’s chief public defender, said that claims that new public defenders were handed high-level felony cases with little guidance was “demonstrably false,” highlighting that lawyers in his office have a supervising attorney sit in on their first jury trial.

“I don’t know who made this statement or gave you this misinformation, but it has no merit whatsoever and is patently absurd,” he added.

Basil — who says the lack of preparations for major felonies is among the main issues in negotiations — said while it might be expected that low-paid public defenders might leave for higher-paying private practice jobs, the Louisville office is driving away people determined to be public defenders through a poor work environment.

“If you’re leaving to get a $150,000 a year job, the office can’t compete with that. We recognize that,” he said. “But there’s a difference between being pulled away because you’ve got another opportunity versus being pushed out because it’s an unpleasant place to work.”