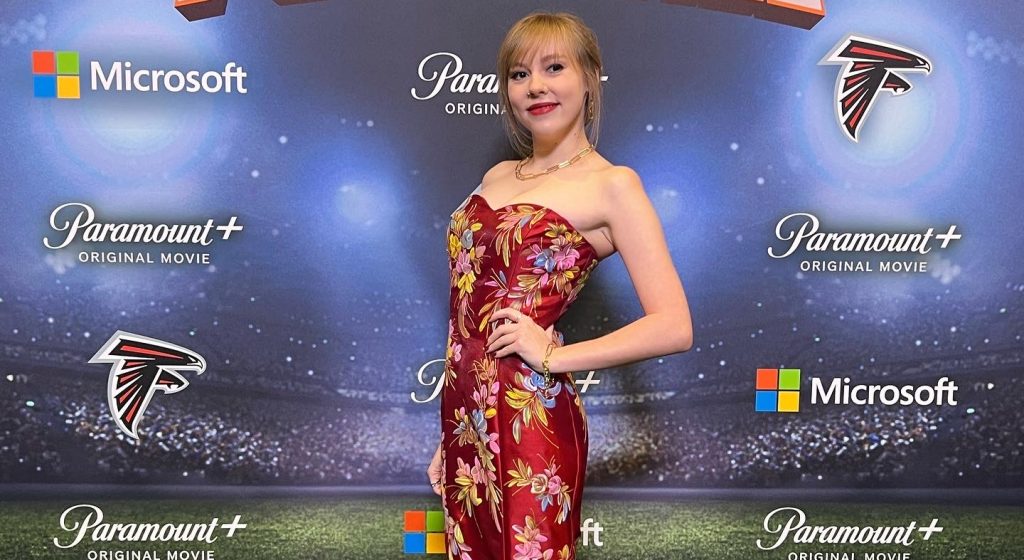 Whatever is in the water of Louisville, maybe the Limestone, breeds very talented people. Don’t believe me, check out LEO’s list of the 27 most famous Louisvillians. We’re a town of singers, actors, dancers, writers…you name it, we do it here and well.

Even though, young Abigail Fierce aka Abigail Killmeier, left Louisville and moved to Los Angeles, her talent is homegrown and we’re happy to have connected with her to share news about her new film with Paramount+/Nickelodeon, “Fantasy Football.” She will be appearing in the film with “Black-ish” star Marsai Martin and Kelly Rowland from Destiny’s Child.

Fierce isn’t just an actress, she’s also an accomplished singer and songwriter and LEO caught up with her to talk about her new projects, getting started and her feelings about the recent Colorado shooting as a member of the LGBT+ community.

How did you get started in acting/singing?

As a kid I had a big imagination. I loved to play and make up scenarios and write skits to perform in my room. Eventually, I persuaded my mom to take me out to LA. She wasn’t too keen on the idea at first though. When I told her I wanted to be an actor, she said “no honey, it’s pronounced doctor.” As for singing, I was homeschooled in high school so I could focus on my acting career. I ended up having a lot of time on my hands so I taught myself guitar and started writing more as a hobby. It quickly became something I loved to do more than anything.

When did you decide to move from Louisville to L.A.?

I started going out to LA in 2014 after I signed with a manager. I’d say I officially moved there full time around 2016.

One of my biggest roles to date was playing Wendy on Hulu’s “Love, Victor.” My character got left at the dance for another girl. Seeing the fans’ reaction to my character was so much fun. They drew fan art of her (that was just the coolest thing!!) and sent me all these sweet messages on social media.

Another favorite experience was being on the NBC show “This Is Us.” My whole family and extended family watches that show, so that was a really fun moment.

My favorite experience as a singer-songwriter was quite recent: I just reached 108,000 monthly listeners on Spotify, under my artist name Abigail Fierce. I write all of my songs and play all of the instruments on my tracks except for drums, so each song is like my baby.

Not so favorite experience?

When I first moved to LA, I was 13 and my mom and I lived in an apartment with no washing machine, no microwave and lots of cockroaches. It was definitely a character building experience and I’m thankful for every opportunity I’ve worked for to better my life since then. It’s a tough business, there are going to be times when you just have to grow some thick skin and realize that other people’s opinions of you do not define you. Especially their opinions of how you look.

When I went to acting classes, most of the other kids would view me as competition instead of a person or a friend. I was alone a lot as a teenager, but in the end I think it made me a better person because I had a lot of time to focus on myself and find who I was as a person. I feel a lot stronger because of it.

Do you have thoughts on the recent events in Colorado and violence against your community?

All I can say is that I am completely heartbroken. My heart goes out to all of the victims’ loved ones. My wish is for peace and love to be on the forefront of everyone’s mind.

Any new music or other projects coming up after “Fantasy Football?” Also, What is your role in the film?

A little background about the movie: “Fantasy Football” is about Callie, a teen girl who discovers she can magically control the performance of her football-playing father through her gaming console. I play the character of Margot, who is Callie’s friend and a total tomboy. Callie is extremely intelligent, so Margot and the rest of the team recruit Callie to be on the robotics team with them. The movie stars Marsai Martin (from ABC’s Black-ish), Kelly Rowland (from the band Destiny’s Child), Omari Hardwick and Rome Flynn.

My character is an aggressive tough girl with a sarcastic sense of humor, which was a fun departure from some of the adorkable “girl next door” type roles I’ve played before. It’s one of the cutest films I’ve ever seen – there’s truly something in it for people of all ages and genders. It has family values, romance, humor, football, video games, robotics, girls in STEM.

As for new projects, I’m currently putting the finishing touches on 2 songs to be released in early 2023. Be sure to follow Abigail Fierce on Spotify to be the first to hear them, and follow @akfierce on Instagram and TikTok for more updates.❤️‍🔥🏈

Fantasy Football airs November 25th on Paramount+, so be sure to check it out!