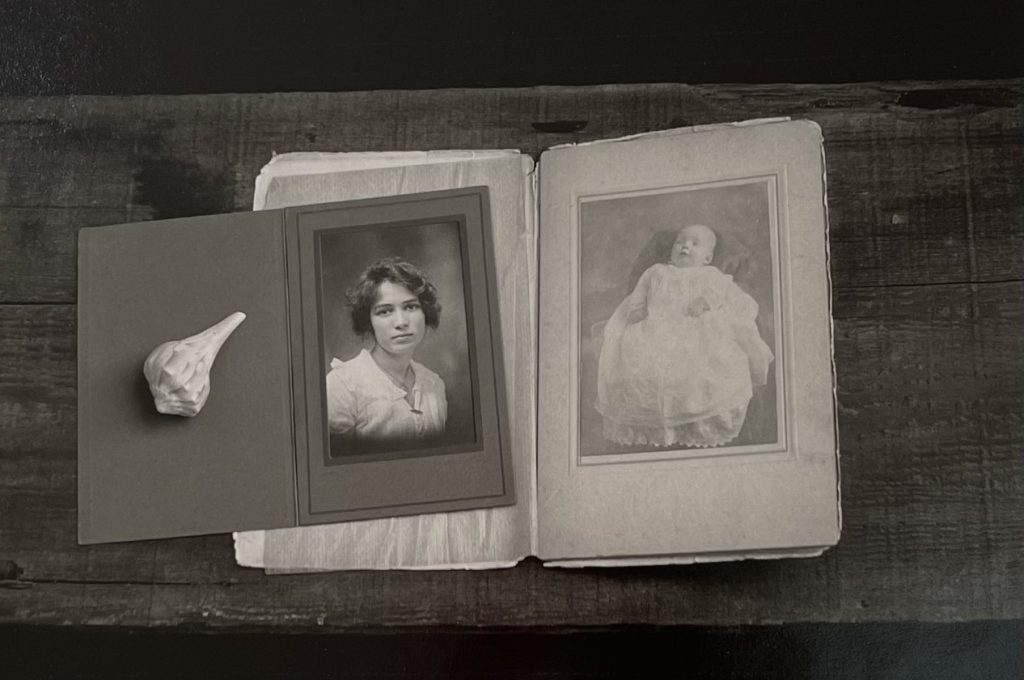 Schoenfeld's "Young Woman with a shell and baby."

The Paul Paletti Gallery is presenting its last show of the year with “Finding the Melancholy Past,” the photography of Diana Schoenfeld. The show will run at the Paletti Gallery from Dec. 1 through March 31, 2023.

Schoenfeld is a California artist. This show will combine works from several of her other photography projects and include collage-like still life arrangements exploring the female figure. These works will cover a span from the early 1970s through her later compositions that include “fragile natural specimens.”

Included in the earlier work, she features anonymous antique portraits in the spirit of “memorials” furthering the themes she is known for — nature, landscape and memory.

The exhibit takes the viewer through the many phases of Schoenfeld’s work and explores the thread of continuity throughout.

From the release: “Diana Schoenfeld studied at Florida Presbyterian College, University of Neuchatel in Switzerland and Georgia State University and holds MA and MFA degrees from the University of New Mexico. Her photographs have been exhibited in museums and galleries in the United States, Europe and Canada since 1973.”

An opening reception for the show will be held on Dec. 2 at the Paul Paletti Gallery (713 E. Market St.) from 5 – 9 p.m. A reception with the artist will be announced at a later date.