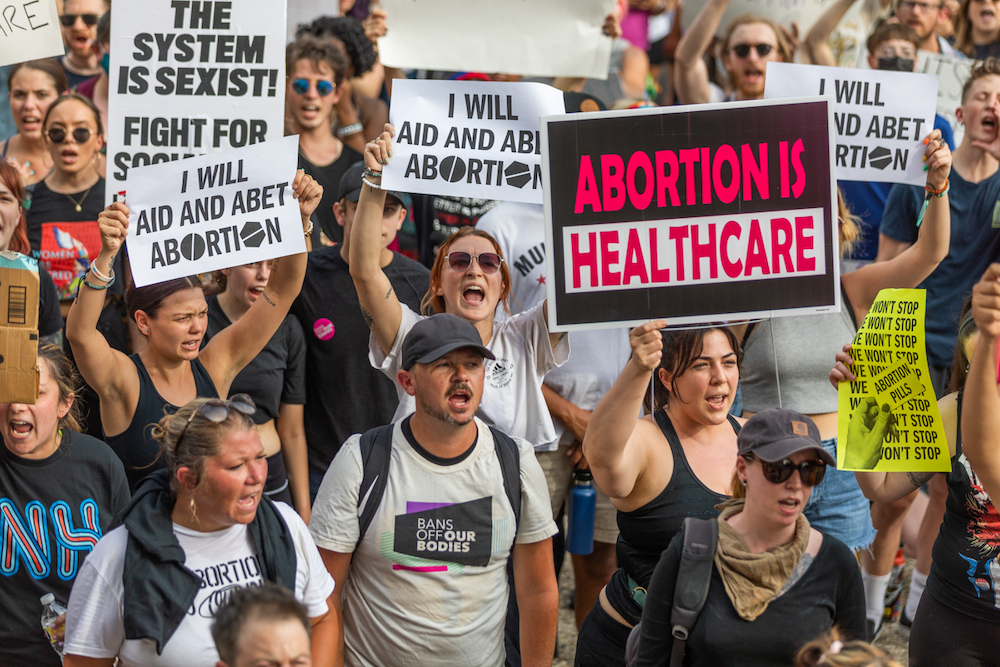 Because women’s personal bodies are still a thing that old, crusty Republican men want to control, be sure to get your not crusty, female, male or non-binary asses to the polls to protect the freedom of those who become pregnant to make the choice with their doctors or simply to make the choice whether or not they want to carry these cells forward through the trials of a pregnancy then birth. Vote no on Amendment 2. That’s what you need to do at the polls on Tuesday but, in case you didn’t know, “Satanists and Marxists” are on your side.

That’s according to a press release from a “family” oriented foundation of “kerrr-iss-chans” who think it is their place to jump into the examination room with a uterus-having person and their physician. The mission of this foundation says they are standing up for families and “God-honoring” public policy… but only their version of God, of course.

It’s just so weird. They’re afraid, according to their executive director, that those who oppose the amendment are being led by “radical personalities.” Folks, “radical” is the new common sense and if you oppose this bullshit, invasive amendment, then you too are one of the rational and yes, radical ones.

The organization pulls out their best and brightest in the press release calling on pastors but not a single, solitary uterus-having person to have an opinion about abortion access.

Here’s the Amendment 2 Text, just so you can spend some time with it before you vote no: Are you in favor of amending the Constitution of Kentucky by creating a new Section of the Constitution to be numbered Section 26A to state as follows: To protect human life, nothing in this Constitution shall be construed to secure or protect a right to abortion or require the funding of abortion?

Trying to use the state constitution… a male-made document to do the service of their personal religious beliefs. I mean, isn’t this the same as their cries against their perceptions of Sharia law? Laws made based on religious beliefs?  These folks are mind-numbing in their cognitive dissonance.

Speaking as an authority on uteri, as I am the proud bearer of one that has been pregnant, I would never let my husband, or any man who is not my OB/GYN into the examination room to instruct or direct the care that I feel I need or that my doctor feels is appropriate for the care of my health or the health of any zygote I produce.

Men, especially those who are not OB/GYNs need to stay in their lanes. Women’s bodies and uteri are ours to drive. We aren’t stepping into the urologist to talk about how we don’t think you need to get prescriptions for your enlarged prostates or pills for your flaccid penises. So it’s probably best if men step off and remain quiet here.

I know, some of you are sperm donors and think that just because you shimmied out a few x and y chromosomes that you have the capacity to make decisions on how those are dealt with. Alas, sons, those of us with uteruses bear the divine right and responsibility of how those seeds are planted and whether or not we choose to sow them.

Keep your creepy, murder-obsessed version of God out of the uterus and while you’re at it, stop spending such a weird amount of time thinking about what goes on in anyone’s private space between their underwear, their sheets or inside the parts of their bodies that you aren’t personally privy to. Y’all are freaks and not in any fun way.

Most effective voting ad yet 😳 pic.twitter.com/3mscjYJgIS