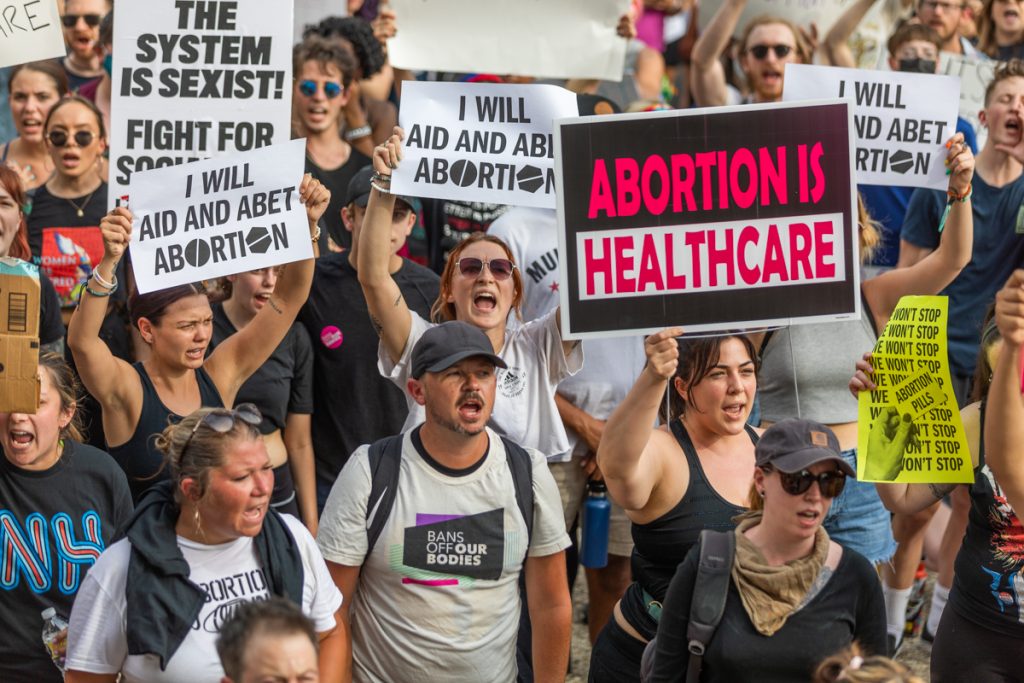 Kentucky voters rejected a ballot measure that would have changed language in the state’s constitution to permanently deny the right to an abortion.

Reproductive-health advocates say the election results could pave the way for striking down the state’s trigger law, which banned the procedure in the state immediately after the overturning of Roe v. Wade earlier this year.

Kentucky State Director for Planned Parenthood Alliance Advocates Tamarra Wieder explained that the state’s Supreme Court will hear oral arguments on November 15 in a case that considers if the ban violates the privacy, bodily autonomy and self-determination rights guaranteed by the Kentucky Constitution.

“And it’s no coincidence that we’re in the courts next week,” said Wieder. “The Supreme Court said they wanted to see what Kentuckians wanted from this vote.”

Kentucky’s official voter turnout report will be available on the State Board of Elections website in the coming days, but Secretary of State Michael Adam has said more than 50% of registered voters cast their ballot on Tuesday — possibly the highest voter turnout in a midterm election in decades.

On Twitter, Adams thanked candidates of both parties who lost “and graciously conceded rather than falsely alleging voter suppression or election fraud.”

Wieder said reaction from residents on the “No” vote on Amendment 2 has been strong.

“When I’m out in the community, all I hear is that people want more access to health care, not less,” said Wieder. “And this win transcended political ideology, religious identity, and really shows that Kentuckians come together to support people seeking health care, and they believe abortion is health care.”

Kentucky Attorney General Daniel Cameron said in a statement released Wednesday his office has filed a motion with the Kentucky Supreme Court arguing that voters’ decision should have, quote, “no bearing on whether the court should consider creating a Kentucky version of Roe versus Wade.”