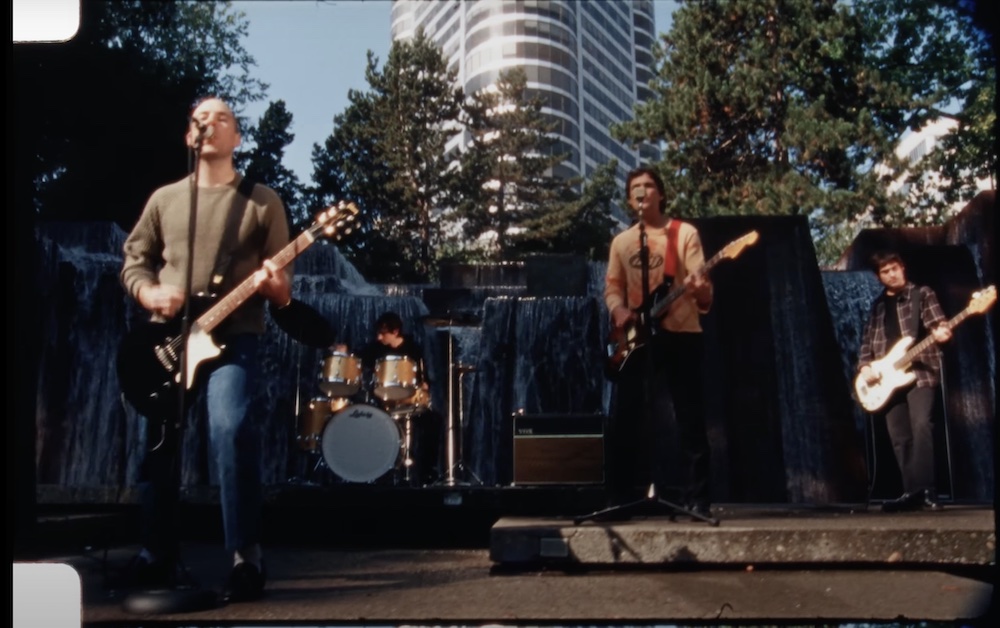 If you’ve been around the Louisville music scene in the last decade, you’ve probably seen — or at least heard of — White Reaper, the garage rock/punk band whose tracks include “Real Long Time,” “Make Me Wanna Die” and “The World’s Best American Band.” (The band also joined Pearl Jam for their European tour this summer before Eddie Vedder was forced to cancel some shows due to vocal strain.)

This morning, White Reaper released the music video for their new single, “Pages,” part of their upcoming album Asking for a Ride. The album will be released on Friday, Jan. 27.

Not long after the album drops, the band will also embark on a 32-city American tour (also called “Asking for a Ride”) in February and March, joined by Narrow Head, Militarie Gun, Mamalarky and Taipei Houston. (Taipei Houston, a duo whose members are two of Metallica drummer Lars Ulrich’s sons, also recently played in Louisville at Louder Than Life.)

The tour includes two stops in Kentucky, which open and close the tour, respectively: Lexington (at The Burl) on Tuesday, Feb. 7, joined by Narrow Head and Taipei Houston; and Louisville (at Headliners) on Saturday, March 25, joined by Militarie Gun and Mamalarky. Pre-sale tickets for the Louisville show are available today for $20 (with the code “PAGES”). General sales start tomorrow this Friday, Oct. 28, at 10 a.m.

Check out the “Pages” video below.