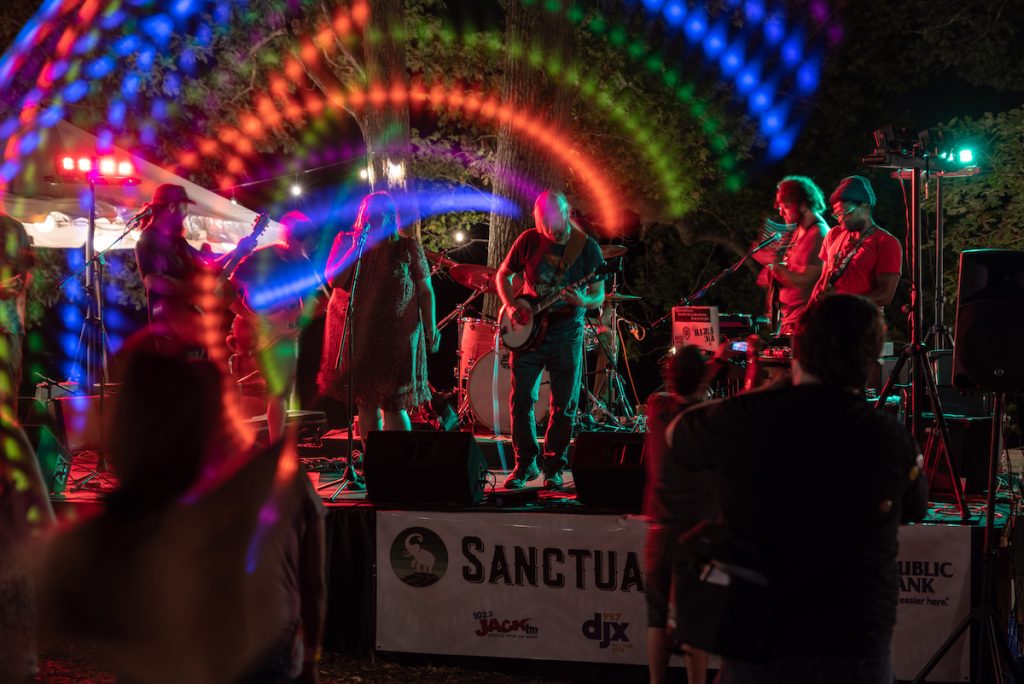 A Louisville music festival gets a new name, but the mission remains the same.

In 2011, the Jones family purchased a 90-acre nature preserve in Louisville at 8401 Dawson Hill Road. At the time, they couldn’t have imagined how the property would be used, as it can’t be built on or subdivided.

“It doesn’t have any utilities, no power, no water, no sewage. It’s just grass and trees,” said Molly Jones.

Then, six years ago, Jones’ son Pete took his own life, and she and her daughter Michele set out to honor his life – and his love of music. They decided to launch a music festival, calling it PeteFest. The field took on a purpose as the site of the festival.

“So we go out there and set up a little village. We bring in our water tanks, porta potties, and power generators. For the performing artists, we try to get a little bit of every genre. This is our first year having an EDM stage, so we’re kind of excited about bringing in that musical component,” said Jones.

EDM isn’t the only new item on the menu. Along with the rebrand from PeteFest to The Big Stomp – which continues the mission of rallying the community to champion mental health and suicide prevention – come “activations.” JK McKnight’s agency, Art of Impact, has devised five experiences that deepen the impact of the festival toward the end of de-stigmatizing mental health challenges.

McKnight, who founded Forecastle Music Festival, had a life-changing experience at the 1998 Tibetan Freedom Concert in Washington, DC.

“I got to go with a buddy. We were 17 years old and I had never in my life seen 70,000 people gathered for a single cause. It blew my mind that music could be more than an entertainment platform. It could actually be a platform for change,” he mused.

In light of this, involvement in The Big Stomp has been particularly meaningful for McKnight, and the activations demonstrate his understanding of how important it is to see substantive cultural change around mental health.

“Open Doors, Open Minds” is presented by Renewal by Andersen. It’s a program for festival patrons to connect one-on-one with mental health professionals in a safe space. Screenings, discussion, and resources will be provided for each participant. The therapists and mental health professionals for the booths are curated by Kelley Gannon who sits on the advisory board for The Pete Foundation, which operates the festival.

Another activation called “Love, Tito’s Post Office” allows festival patrons to mail out a message of positivity to themselves or to a loved one on mental-health-themed postcards. The postcards will be sent out in May 2023 during Mental Health Awareness Month.

“Heel Dog, Heal” is presented by Norton Children’s Hospital. They’re bringing therapy dogs that on a typical day support and comfort hospitalized patients and their families.

Louisville Silent Disco is sponsoring a “Silent Disco Meditation” for attendees who wish to break away for a moment of Zen, enjoying a special soundtrack created for this purpose.

It wouldn’t be Kentucky without horses in the mix. The Louisville Recovery Center team will demonstrate the benefits of equine therapy for festival-goers. A horse’s ability to sense a person’s emotional state is well documented.

Medici Creative was tapped to produce photo and video content for the festival. Sage Delaney, one of the principals at Medici, is a “huge supporter of the festival’s mission. I think that just about everyone could benefit from a reduced stigma around mental health. And it’s very exciting to me that The Big Stomp is using interesting and attractive things like music and art to bring people together for something a little less shiny and attractive, mental health. There’s no better way to address an uncomfortable topic than coating it in something as wonderful and uniting as music,” he said.

But let’s not forget the main event this weekend. It’s the musicians that everybody’s coming for.

Alex Hamilton, singer and guitarist for Mr. Please, was delighted when he got the call from Mark Evans of Landline Presents, booking his band for the festival.

“He reached out and asked if we would like to play. We saw the lineup, noticed lotus and Moon Taxi were on there, and we were like, ‘Yeah, absolutely. We would absolutely like to play,’” said Hamilton, who has been to the festival before, not as a performer, but as a fan.

As for The Big Stomp’s mission, Hamilton gets it. “Music is a universal language that lets people express emotions in whatever way they see fit. But another thing, the most important thing for me, at least in my life, has been the community that music creates, especially live music.”

It’s happening this weekend: a gathering of musicians and music aficionados, all in one place for a shared purpose. Tickets and line-up information are available at thebigstomp.com.