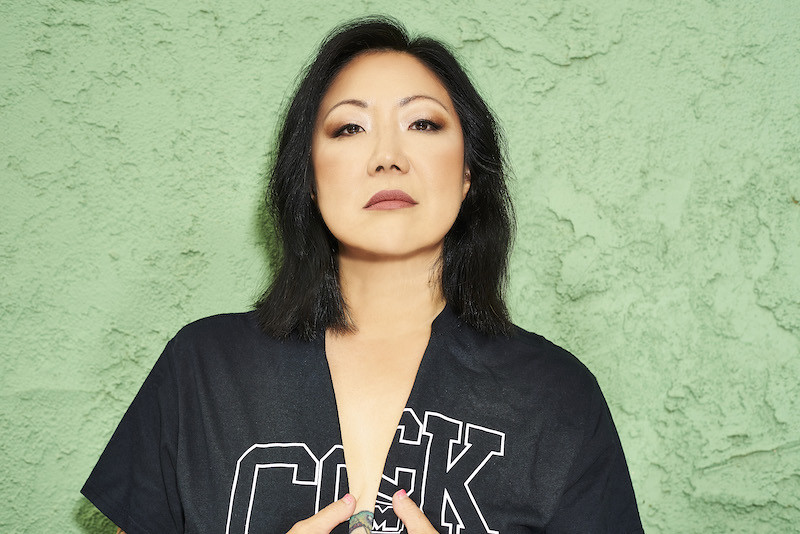 Her career in the early ‘90s, gaining popularity with her sharp and biting comedy about race and sexuality. She is Korean American and her jokes about her mother, who was confused about Cho as a maturing and sexual young woman, are amongst early audience favorites.

Cho works as a comedian, actor, musician, entrepreneur and activist, particularly for LGBT causes. She identifies as a bisexual woman but has said “maybe pansexual” is more accurate as she believes that the binary view of gender is inaccurate.

In the mid-90s, Cho was the lead in the sitcom, “All-American Girl” where she played the Americanized daughter of conservative Korean parents who owned a bookstore in San Francisco. The show met with mixed reviews, some in the Asian community who felt the characters were too stereotypical and others who found the show about Asians and led by an Asian cast, groundbreaking.

Cho has been at the forefront of speaking up about being Asian in America and being a sexual person in the midst of rampant conservatism. She penned a memoir called, “I’m the One That I Want.”

Performing more than 10 comedy tours, Cho has also appeared on “The Masked Singer,” HBO’s “High Maintenance,” and in several Netflix projects including “Over the Moon,” Netflix’s first major animated movie.