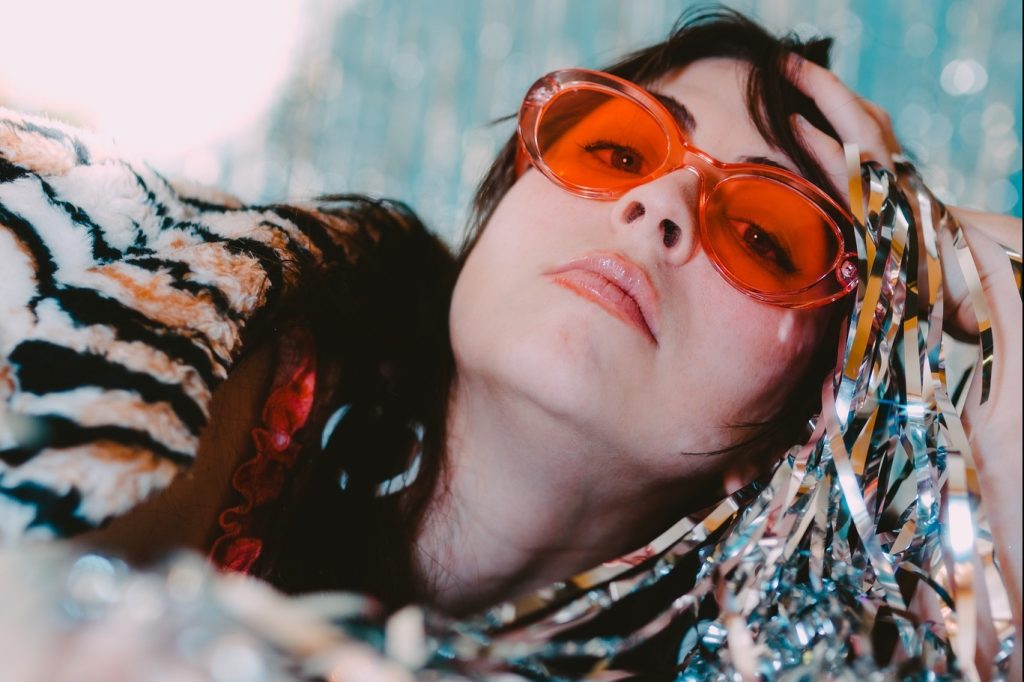 At just 17 years old, Hannah Grace Colin is already on the fast track to success. Best known for her role in Season 8 of the Lifetime reality TV show “Dance Moms” in 2019, Hannah is stepping out into a whole new spotlight as a singer. This is just one more addition to an already impressive resume that includes professional dancer, actress, model, award-winning gymnast and social media influencer. On her latest single “Goodbye” (the follow-up to last year’s debut single, “Control”), the New Albany native absolutely shines with a gorgeous singing voice and pop sensibilities usually reserved for those with years upon years in the pop music business. Co-written with producer Myles Erlick (of Steven Spielberg’s “West Side Story” and “Billy Elliott the Musical” fame), and inspired by her own personal battles, “Goodbye” tackles the difficulty and pain of ending toxic relationships with a wealth of thoughtfulness and insight. Backed by a catchy, hook-filled track and a slick professional production, this song certainly has what it takes to make waves in the pop music industry. “Goodbye” — along with “Control” — make a great introduction into what is certain to be a long, remarkable career!

Following closely on the heels of their single, “Writhe,” which was released in July, these New Albany indie alt-punk rockers are back again with yet another high-energy track, “Vivisect.” While this tune finds the band deeply entrenched in the early ‘90s Louisville hardcore/emocore sound, there are also elements of grunge, punk, indie rock and alternative to be heard here. If The Misfits, Slint and The Smiths all collaborated on a song, the end result would sound a hell of a lot like this. Glenn-Danzig-meets-Jim-Morrison style vocals backed by a crunchy punk guitar tone, smooth-flowing bass and hard-hitting drums, this isn’t an easily-categorized song. As the band puts it, this is “a desperate, vertigo-inducing, gut punch of a song,” and I don’t think anyone would disagree with that after hearing it. The Histrionics are definitely a band that deserves your time and attention.

Everyone copes with mental health issues differently. 20-year old Louisville-based artist jaxsen managed to channel his into an intimate, emotional soundscape of lo-fi, synth-driven dream pop. Over the course of his latest five-song EP The Play, (the follow-up to his 2020 debut EP Drywall), jaxsen loosely follows the narrative of a relationship falling apart, song by song, until it no longer resembles what it was in the beginning. The music is melancholy and brooding, but with an almost upbeat airiness underpinning it. Although specifically listing Grimes and Girl in Red as influences, and one can certainly hear that, there is also a bit of a Radiohead and Modest Mouse vibe here. The synth is certainly center stage, but there is a lot going on behind it. Each listen seems to pick up new things you didn’t catch on the first, or even subsequent spins. The musical journey this takes you on is going to depend on where you are at emotionally when listening, as this is one of those records where everyone is going to hear it differently. An intriguing journey to say the least.

The first thing that crossed my mind when listening to this latest EP by Louisville native (and now Cleveland resident) Molly O’Malley is that it’s a damn shame Louisville lost her! With a voice that is simultaneously strong and powerful while also velvety and dreamy, Molly O’Malley is in absolute command of her craft. Part Fiona Apple, part Alanis Morissette and part Tori Amos with a touch of Dolores O’Riordan, O’Malley’s is one of those rare voices that would fit perfectly in pretty much any genre of music. This is some serious talent, folks. From the sunny alt-dream pop vibe of “Golden Hour” to the late-’80s/early-’90s-ish synth-driven shoegaze pop of “Hopscotch” to the fuzzed-out guitar and minimalist beat of the punky alt-rocker “Diern,” all three set to moving, vulnerable, emotional and deeply introspective lyrics. These are tracks beg the question, “How much longer?” How much longer until the masses discover Molly and make her the star she is destined to be? With talent on this kind of level, not much longer, I’d wager. It’s time to step up, Cleveland.