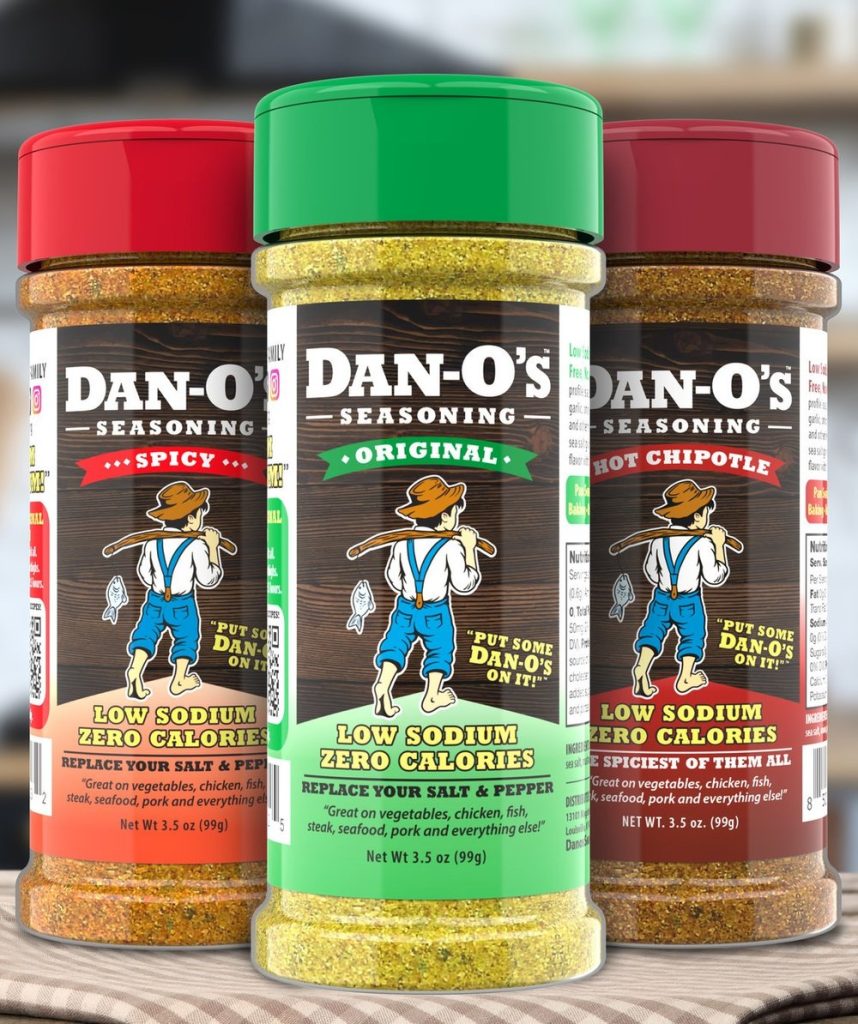 Dan-O’s Seasoning, founded in 2017 by Louisville, Ky., native Dan Oliver, announced it is set to enter into an agreement with Tops Friendly Markets across the nation as well as Wegmans, Weis Markets, Stop & Shop, and Price Chopper in the northeast, pushing the brand into over 10,000 retail stores nationwide.

Dan-O’s Seasoning has experienced many achievements to celebrate in 2022; becoming available in stores in all 50 states, exceeding revenue projections, and expanding its headquarters, but this new milestone is a monumental one.

In the past year, Dan-O’s Seasoning has experienced a 734% increase in retail revenue growth with a large part of that success coming from Dan-O’s Original and Spicy blends being introduced into Walmart and Kroger’s family of stores across the country. Additionally, Dan-O’s Seasoning is available in Dollar Tree, BJ’s Wholesale, and will be available at Lowes Hardware stores at the end of Q4. It can be found in stores in every state.

“I always knew Dan-O’s would be a hit, but I could have never imagined how fast it took off,” Oliver said in a news release. “We’ve experienced a great deal of growth in the recent year, and it shows no signs of slowing down. I take great pride in the work we’ve done, and I couldn’t have done this without the hard work of my team. Can’t wait to grow from 10,000 stores to 20,000 and beyond.”

Dan-O’s Seasoning proudly holds the top spot on Nielsen’s Brand Ranking report for 2022 year to date. In a banner year, growing from 150 to 10,000 retail stores, the company has also seen that 4 out of 5 customers are making repeat purchases within a year. While much of their explosive growth can be attributed to leveraging social media and early adopter retail partnerships, the product itself is a healthier alternative to much of what is available on the shelves next to it.

As the company continues to expand its retail footprint, product development is at the forefront while the two newest blends available include Chipotle and Everything Bagel. From flea markets to national distribution, Dan-O’s Seasoning continues to tell its underdog story through growth and product education.