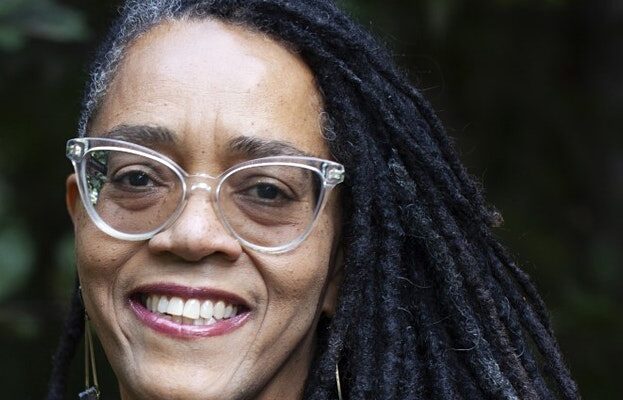 Francesca T. Royster will appear at the Louisville Book Festival this Saturday, Oct. 29 at 1 p.m.

Francesca T. Royster’s newly-released book “Black Country Music: Listening For Revolutions” explores the rich, and mostly hidden, history of Black musicians writing and recording in the country music genre. Growing out of “hillbilly music” in the early 1920s, country music has gone on to represent itself as predominantly centered in whiteness, both through its most celebrated artists as well as fanbase. “Black Country Music” seeks to illuminate how wrong that representation is and to demonstrate how Black musicians created and shaped country music in the same way as rhythm & blues and rock and roll. Through Royster’s writing, we are given context for Black musicians working within the genre and can gain a deeper understanding and appreciation for the Black experience as it relates to the ideas of being from the South and to the standard notion of what country music is. I spoke with Royster about the book in advance of her appearance at the Louisville Book Festival this Saturday, Oct. 29 at 1 p.m.

Where many other genres of music seem to have expanded and grown from their original definitions, like grunge and alternative from rock, hop-hop from rap, country music seems to have resisted that expansion. Do you think that’s deliberate?
That’s my sense of it. I mean, I think that, like, Americana and roots have been a way to kind of account for some of the different feelings and styles and traditions within country music and then of course, bluegrass. But it seems like the result of it is that there’s like this more expansiveness and style, and maybe a little bit more flexibility in terms of, you know, who’s allowed to play in Americana and roots and then also like more of a kind of historic acknowledgement. The result is that it kind of also upholds that country is this very specific thing. There are these kind of sub genres within country too like traditional country or country-politan or bro country and hick-hop, but I think the flexibility — it’s very hard to break in as a crossover, or as someone who’s trying to trend in the genre. To me, it feels like some of those artists who are trying to do that within country, then get relegated to Americana or roots. Although, you know, I wouldn’t say relegated because that makes it sound like those aren’t good spaces. But I think that the result is just that. It allows country as a genre to kind of stay more limited in terms of what it’s doing.

It seems to me that country is the last genre of music that still has such obvious gatekeeping. Do you feel like because the music is so deeply rooted in the Southern part of the U.S., which has historically been deemed the most, or the more outwardly racist part of the U.S. that has allowed gatekeeping to be maintained?
I do feel like this genre was founded on a kind of logic of segregation, which I talk about in the book like the way that it’s distinguishing itself from Black audiences. In the 1920s when the genre was kind of invented more or less by talent scouts and record label labels, they were distinguishing hillbilly music as kind of a white music that was meant for white audiences, and “race” music, you know, blues, rhythm and blues, and jazz for Black audiences. I think that part of the history of gatekeeping is in this assumption of, you know, who is going to be the most profitable audience for this music. But also, I think that there were ideological messages, connected to early country music into the way the country was marketed. That kind of connects back to this feeling that you’re describing, which is, you know, kind of linking country music to a very static nostalgic idea of white belonging in the South. If there were black artists, they were caricatures like the kind of recognition of Black music was in this more caricatured notion of minstrelsy or blackface and the ideas of an old South and there was very little room for contemporary Black artists in that vision. Also the ways that white audiences and marketing to white audiences have been reinforced, or the way that country music has been used in particular political campaigns, like supporting segregationist politicians — George Wallace, for example. In the early days, you know, one of the most marketable and successful country or hillbilly artists, Fiddlin’ John Carson, also performed for KKK rallies. So there’s kind of a way that country music has been enlisted to support white supremacy. And even if that’s not happening as much as explicitly I think there’s still this idea of the way that country music is used to support a kind of nationalist message. A pro U.S. message that is, in the primary kind of subject of it, you know, a white subject, and so I think that that also contributes to the feeling by Black performers and Black fans of not fitting because of because of that history as well. 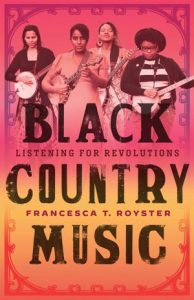 What drew you to writing about this topic? Was it your love of country music and growing up with that in your life? Or were there other reasons?
Well, part of it was running into black artists that I loved to have these country music experiments like Tina Turner and Ray Charles and just kind of being curious about the fact that like, it’s really hard to find her album. Her country album might actually be out of print. It’s not as hard to find Ray Charles’s and there’s been more recognition recently since he was admitted to the Country Music Hall of Fame. But Tina Turner is never talked about as a country music artist or as someone who produced country music even though she herself is from the country and she made this album. So some of it was that and then when I lived in Nashville with my parents, my father played on some country music albums as a percussionist in the ’70s. Recently, I interviewed him about home and community, and he started talking about what it was like to be playing in the studios or playing in clubs with country artists. It was interesting to me that even though I knew that he did this, I had completely kind of suppressed it as a memory and you know, I just hadn’t, as someone who writes and researches music and Black performance, I really hadn’t found very much about Black country, even though I think it’s a phenomenon. So it made me curious, and it was really thinking about my own family’s participation in this scene, because I mean, we listened to lots of different kinds of music when I was growing up. We were a pretty musical household in terms of like records and stuff. And I, you know, I was kind of taught this idea that there was no music that was out of reach, or that I shouldn’t be listening to but as I grew older, I definitely felt those messages of awkwardness or stepping across boundaries. That was reinforced by Black friends and family but also being in spaces that were country music spaces and feeling very much like an outsider. I always find myself, like, interested in my own kind of experience of culture where I feel out of place or I feel uncomfortable and then trying to understand it as a historical and social phenomenon. Also just trying to learn more about the music, because I feel like I almost had a block about really listening hard to country music. It was really hard for me to hear depth of country music, especially really contemporary country music, so I wanted to explore why it felt like a taboo and why it’s not a part of like histories about Black music that I’ve read.