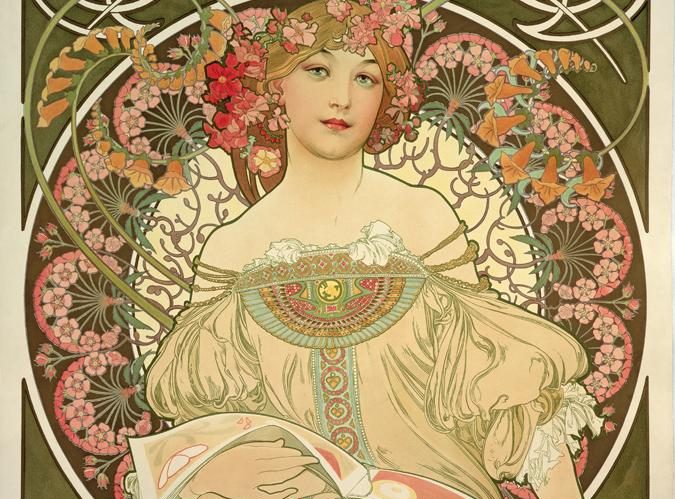 The “Alphonse Mucha: Art Nouveau Visionary” show will bring the artist to Louisville showcasing 124 pieces of the artist’s work from the Mucha Trust. The exhibition features an array of works in various media representing the broad scope of the artist’s works, including his theatrical and advertising posters, ornamental objects, sculptures, and photographs. Included in the exhibit will be “rarely exhibited preparatory drawings” and lesser-known publications “Decorative Documents” and “Decorative Figures” (design manuals for young artists) and his deeply spiritual visual interpretation of the Lord’s Prayer, “Le Pater.”

Born in what is now the Czech Republic, Mucha (pronounced Moo-kha) is best known for his graphic work, such as theater posters for superstar actress Sarah Bernhardt and decorative panels and advertisements featuring flowing arabesque lines and graceful Women.

“Mucha developed a distinctive approach to design characterized by harmonious compositions, sinuous forms, organic lines, and muted colors, which became synonymous with the decorative style called Art Nouveau,” said Kim Spence in a release. Spence is the Speed’s Curator of Works on Paper.

The Speed is one of two museums in the United States to host this exhibit which will run from October 21 until January 23, 2023.

“Mucha was so much more than a designer of advertising posters with commercial purpose,” said  Speed Director Raphaela Platow in a release.  “From a cultural perspective, Mucha held deep-felt convictions that art could be used as a catalyst to improve society and that art should be accessible for everyone. The artist relied on posters that could be multiplied by the thousands to move his works from museums and galleries into the public sphere.” She adds that “with his posters, Mucha knew that the streets of Paris would be transformed into a public art display where everyone could enjoy and be inspired by them,” she said.

The artist’s grandson John Mucha, President of the Mucha Foundation, said in the same release, “We have never exhibited the Mucha Family Collection in Kentucky before, and we are thrilled to be able to work with a Museum as highly regarded around the world as the Speed. Whether they are seasoned Mucha enthusiasts or coming to his work for the first time, we hope that the public in Louisville will find this exhibition surprising, stimulating, and challenging. As Raphaela Platow says, my grandfather believed passionately that art should be made easily available to the general public. We hope that with this exhibition we are continuing in his footsteps, and communicating anew the interests, passions, and concerns of his artistic vision.” 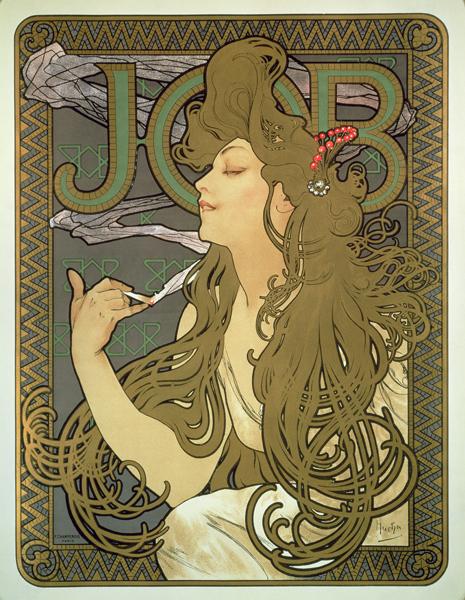