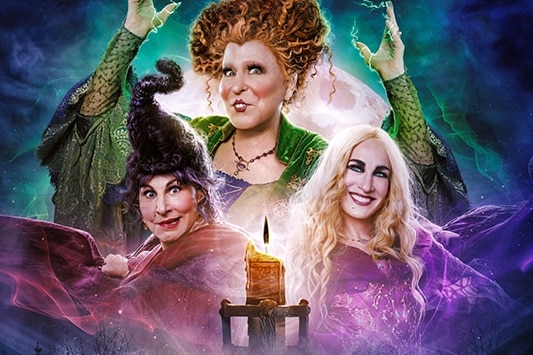 Since Disney’s Halloween movie “Hocus Pocus” came out in 1993, it’s built a following of millions of fans, especially those who are now old enough to be watching it with their own children.

The movie now has a sequel, “Hocus Pocus 2,” which premiered last night at AMC Lincoln Square 13 in New York City. It’ll be released to the public this Friday, Sept. 30.

To celebrate, Hi-Wire Brewing (642 Baxter Ave.) will be hosting a “Hocus Pocus 2” watch party this Friday. Doors will open at 6 p.m.; the movie will start at 8 p.m.

Before the movie, there’ll also be games, raffles and arts and crafts.

All guests will receive popcorn and pizza with admission. The bar will sell alcoholic and nonalcoholic beverages.

Tickets are $18 on Eventbrite or at the door, but they’re limited as of this writing.

“Hocus Pocus 2” is rated PG, and the event is open to all ages.

The movie night is a kickoff event for the 4th Annual HalloQueen Fest, a Halloween festival for the LGBTQ community, which will take place at Louisville Turners next Saturday, Oct. 8, from noon to midnight. HalloQueen Fest will feature live entertainment, a pet costume contest, pet trick-or-treating, food trucks, vendors, and more — and keep an eye out for a special appearance by the Sanderson Sisters themselves at 9 p.m.