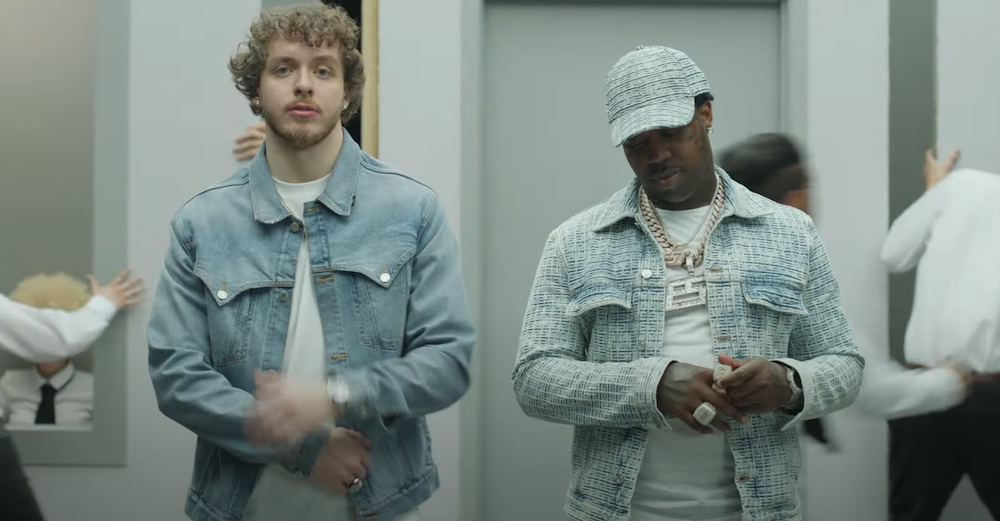 A screenshot from the "Backstage Passes” music video.

The album features 21 tracks and boasts a number of other big-name artists, including Future, Machine Gun Kelly and Louisville’s own Bryson Tiller.

One of the featured artists is another famous Louisville rapper: Jack Harlow. Harlow joins EST Gee on the track “Backstage Passes.”

This isn’t their first collaboration: in previous years, the two artists have also collabed on other tracks with videos filmed in Louisville, including 2021’s “Route 66” and 2019’s “Mall Map.”

The “Backstage Passes” video dropped this afternoon. Check it out below: