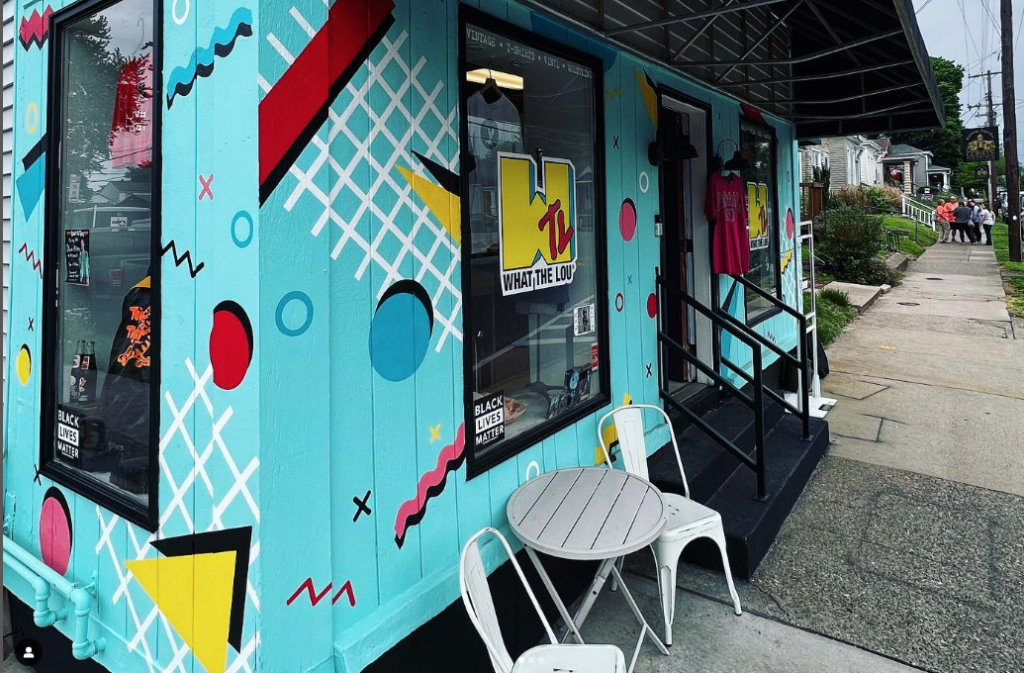 What The LOU storefront on Goss Avenue. Photo courtesy of What The LOU.

What The LOU, a vintage store in Germantown with a focus on pop culture from the ‘80s through the early 2000s, will open a second location next month.

The new store will be at 1617 Bardstown Road, a space that, until recently, was home to another vintage store, Cactus Flower Vintage.

Kris King told LEO that he’d been considering opening a second store for about a year, but he decided to seize the opportunity when the space on Bardstown Road became available. The new location, he said, will have the advantage of heavy foot traffic that Bardstown Road stores typically get.

The second location will be smaller than the original store — King estimates it has 500-600 square feet of space compared to the original store’s 1,700 — so he plans to keep the inventory mostly limited to vintage clothing and vinyl records. Even on a smaller scale, the new store won’t be an exact replica of the original location, which King refers to (lovingly) as a “nostalgia vomit-fest,” but it’ll have “a little bit more of a boutique feel to it,” King said.

One thing that won’t change, though, is the eye-catching aesthetic that What The LOU is already known — for the bright colors (inside the store and out) that make it stand out from a distance. While the new location’s exterior is red brick right now, King hopes that keeping the new store as vividly decorated as the original (which may include painting the outer walls in the future) will continue to draw in foot traffic from window shoppers.

“No matter what the size, I still want to present it where people get a glance inside, just because they walk by and they see all these colors and images that they recognize from their childhood or from their parents’ childhood, and have to come in,” he said.

“I’m gonna really try to make it stand out as much as I can, he said, and “make it pop as much as possible.”