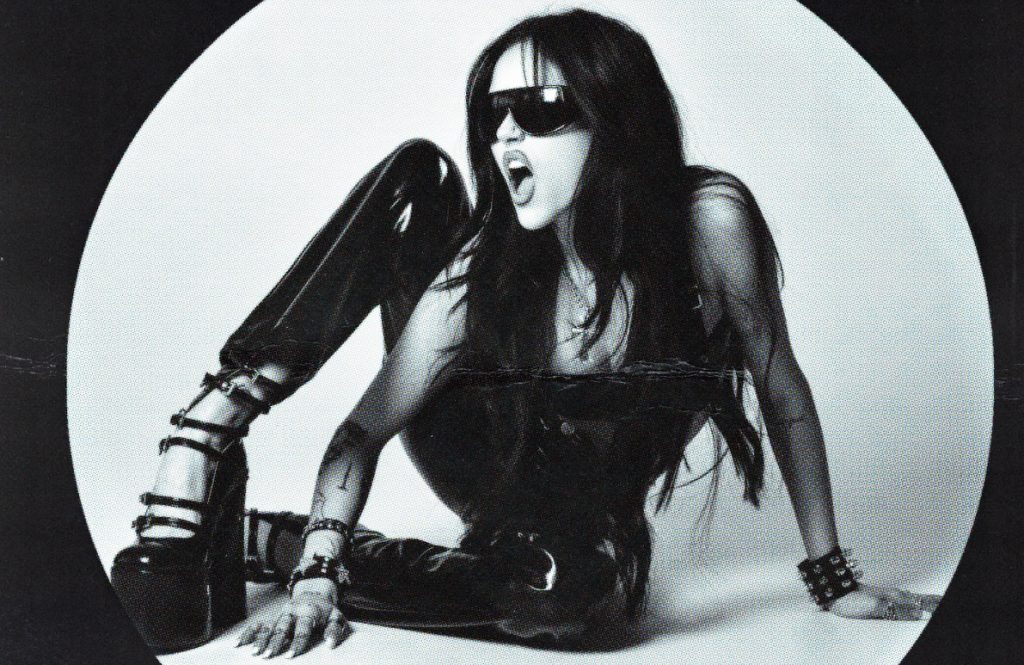 Maggie Lindemann is a young alternative musical artist whose work crosses pop punk, metal, and pop. Yesterday, Lindemann was the first artist of the day to play on the Space Zebra Stage at Louder Than Life, a stage that would later be occupied by Evanescence and Nine Inch Nails.

LEO caught up with Lindemann yesterday for a brief chat about her musical style and her first time at Louder Than Life.

LEO: You were one of the opening acts for Louder Than Life. Tell me about how that feels.

It was really good. Honestly, whenever I’m doing festivals, I never know what to expect, especially a metal festival — I’ve never done something like this before. So I didn’t know what to expect, especially being on so early, also. But it was really good! It was a really good turnout. There was a lot of fans in the crowd singing the lyrics. And I love festivals like this, where it feels like a big community, so it’s really nice.

You said you’re not used to metal festivals. Obviously, your work has shifted genres from pop punk, metal, pop — how do you define your musical style? How do you develop that?

I don’t think I have one sound specifically. I like to do a bunch of different stuff because I don’t think anyone listens to one genre. I think everyone likes to dabble in everything.

For me, it’s the same with music. I like to make pop punk music, rock music, metal music, alternative music, pop music — whatever I’m feeling that day, I just want to be able to freely create. So I don’t think [my style] really has a title, but I think that I just do what I love in that moment.

With pop punk specifically, obviously, there is one particular precedent for a female pop punk artist — or a big one, at least — and that is Avril [Lavigne.] To be honest, I sort of see you bringing a kind of Avril sound to this generation. What are your thoughts on that?

Thank you. That’s, like, a crazy compliment. I think she’s obviously iconic, and I feel like those are big shoes to fill. But she’s insane, and I look up to Avril a lot. She’s one of my biggest inspirations, so I appreciate that a lot.

How did you spend your time during the bulk of the pandemic?

You were at Guestroom Records the other day — your first time in Louisville, and your album was displayed on a whole column inside the store. What was that like?

So now that concerts are back, now the festivals are back, what does that feel like?

Fun. I love festivals, so I’m excited for them to be back. This is my first time at Louder Than Life, but it’s insane. [My boyfriend and I] are about to go watch YUNGBLUD’S set, and it’s fun. It’s just really cool. I love being here.

So what’s next for you after the festival?

After the festival, I go home and I go to Vegas the next day for iHeart[Radio Music Fest], and then I have a couple of shows coming up in October and then I’m playing Aftershock in, like, two weeks.

Is there anything else our readers should know?

I got two shows coming up that I’m really excited about, my first headlining shows. I’ve been really looking forward to doing headlining shows, so hopefully that opens the door for me to tour next year off this album. And, yeah, [my] album’s out, so go check it out!