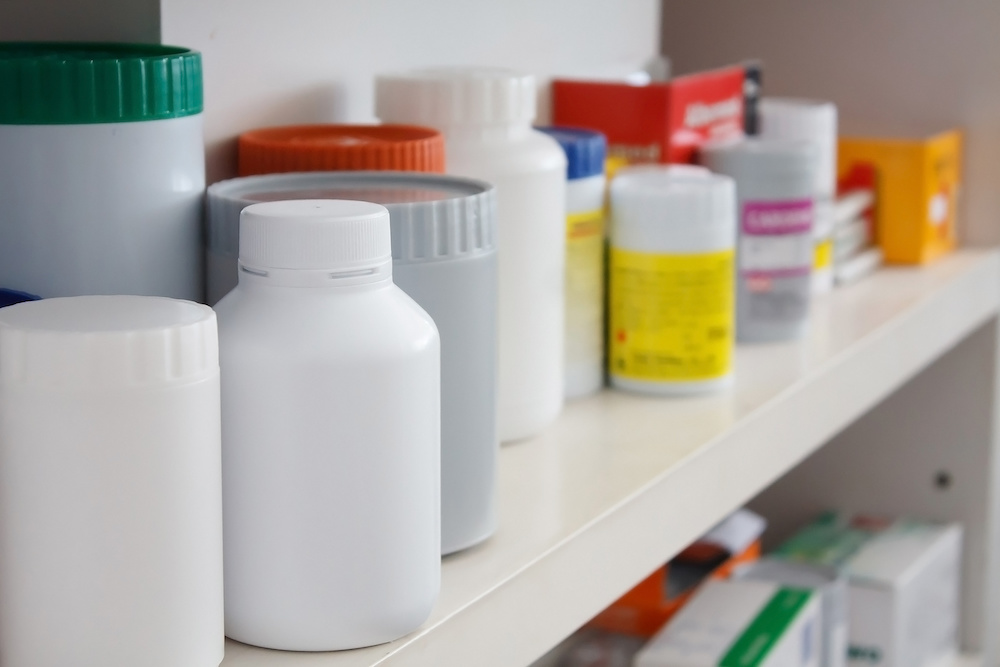 Bottles of medicine pills arranged on shelf at drugstore

Small children are landing in the hospital because of accidental poisoning from ingesting medication meant for adults. Experts are working to give households the tools they need to keep kids out of medicines which could potentially harm them.

Tonya Jernigan, licensed social worker for the Division of Pediatric Forensic Medicine at the University of Kentucky Clinic, said it is not just illicit substances children can get their hands on, and pointed to cases where they accidentally consumed medications meant for their grandparents or caregivers.

“We see ingestions related to over-the-counter medications like Tylenol,” Jernigan noted. “Another really common medication that we see is Clonidine. So it’s definitely a wide-reaching problem.”

Accidental poisonings account for around 2% of all unintentional injury deaths in the state, according to the state’s 2021 Child Fatality Review.

Steve Sparrow, program manager of the Core Violence and Injury Prevention Program in the Kentucky Injury Prevention and Research Center at the University of Kentucky, said more than 1,800 medication lockboxes have been distributed so far across 24 counties, to community colleges, women’s shelters, health departments, drug-treatment centers and other organizations working with parents of young children.

“The distribution of the medication lockboxes was statewide,” Sparrow explained. “We tried to make sure we didn’t just focus on central Kentucky, but that we actually reached out to far eastern, southeastern, north central and western Kentucky.”

Barry Dunn, president and CEO of Kosair Charities, said child-resistant packaging can provide a false sense of security, but he pointed out children are often good at getting into things they shouldn’t.

“This is a really simple, straightforward method for parents and caregivers to step up their game,” Dunn asserted. “To safely place medicines in a place that is out of reach of children, to know the difference in what’s child-resistant versus childproof.”

The medication lockboxes and statewide campaign are supported by a partnership between The Kosair Charities Face It Movement, Kentucky Youth Advocates, Kentucky Children’s Hospital and the Kentucky Injury Prevention and Research Center.