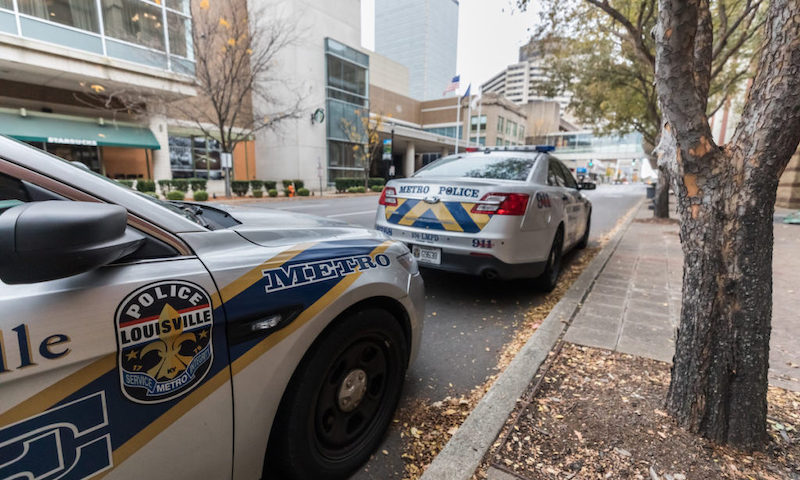 “Reconciliation can help reduce crime by restoring legitimacy and trust in law enforcement, right wrongs of the past and present — and it’s the appropriate and right thing to do,” said Meeks of the plan to rebuild public trust.

In a statement to LEO, LMPD said, “Chief Shields has spoken throughout her career regarding the historical wrongs of police and the need for reforms throughout law enforcement. She continues to acknowledge this as it applies to law enforcement today. Among her priorities at LMPD are ensuring bias-free policing, training, and equitable practices remain at the forefront.”

Following a recommendation made by the Chicago firm Hillard Heintze in its 2021 top-to-bottom review of LMPD, the department is implementing a six-part “truth and transformation” initiative. The public acknowledgement of harm caused by police — both in the distant past and much more recently — is one of the steps outlined in the program.

“It involves a public acknowledgement by law enforcement of the harms that they have caused as an institution, or locally as a department, or at times, harm caused by individual officers,” said Paul Smith, reconciliation project manager with the National Network for Safe Communities, which is working alongside Louisville’s Office of Equity to run the “truth and transformation” reconciliation program. “With this public acknowledgement is a declared commitment to improvement and change.”

However, such an acknowledgement did not have to take the form of an apology, Smith said.

Other steps include the department listening to the experience of its officers, listening to members of the community and making “explicit commitments to ongoing policy and procedural change” according to a slideshow presentation at the Public Safety Committee meeting.

“Council: If there are no policy changes, no practice changes and everything stays the same, we would have wasted time and money,” said Smith.

Those eventual meetings with the public, Smith said, have to involve active listening and understanding, not police officers just waiting to respond with “jargon-laced excuses.”

As part of the program, LMPD officers are undergoing initial eight-hour trainings aimed at encouraging listening to the community, fair treatment of citizens, officer neutrality and trustworthiness.

“People want to know that the police treat them with respect as citizens, respect as people, through courtesy and dignity that they are viewed as good citizens and decent human beings and not criminals, or deviants or suspects, and not treated that way during a police stop,” said Smith.

LMPD’s command staff received training in May, with the first patrol officers undergoing training in July. According to Meeks, the city’s chief equity officer, training for the entire department should wrap up early next year.

Part of that training also involves the history of policing, including things like how “overseer becomes officer” and how law enforcement agencies enforced red lining and segregation, Smith said, as well as covering more recent incidents.

“My concern is on the accountability and the relationship with the community. We’ve had forums like this before. We’ve invited people to the table to to hear conversation,” she said.

She added: “I’m also very, very concerned about the relationship and getting our community to trust the police department. But in order to be trusted, they have to show to do things to prove that things have changed.”