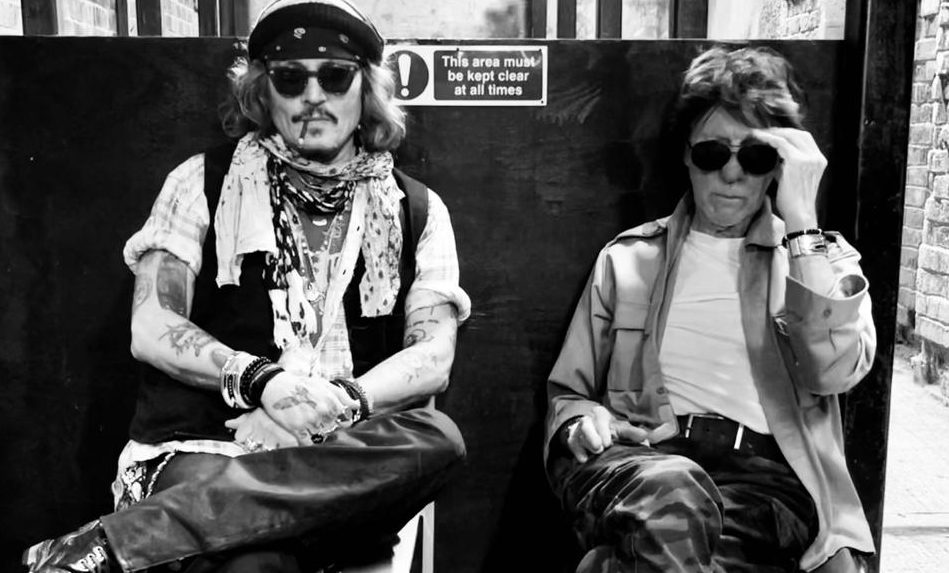 Jeff Beck’s tour is heading to Louisville this fall and he’s bringing along Johnny Depp to perform songs from the duo’s recent album.

Beck will kick off his tour at the end of September with openers ZZ Top and Ann Wilson. Depp will join in October and finish the dates with Beck. The two will be highlighting songs from the recently-released collaborative album, 18.

The 13-track album, 18 debuted at #10 on the Billboard Top Albums and Top Current Albums charts, a first for both Beck and Depp. The album is available digitally but will also be sold as a 180-gam black vinyl at the end of September.

Depp, who recently finished a highly publicized defamation trial for his lawsuit against ex-wife Amber Heard, was born in Owensboro, Kentucky in 1963 and has visited the state many times over the years, including stops in Louisville with his friend Hunter S. Thompson. Depp is also listed under famous Kentucky Colonels.

This isn’t the first time Depp and Beck have played together. The pair recently finished a series of successful European dates on July 25 in Paris, France.

Tickets for the Louisville Palace show are on sale now and prices start at $59.50. Tickets can be purchased through Live Nation here: https://www.livenation.com/event/G5vbZ9825I0Bb/jeff-beck-live-in-concert.

According to a press release, “Jeff Beck found a kindred spirit in Johnny Depp when the two met in 2016. They bonded quickly over cars and guitars and spent most of their time together trying to make each other laugh. At the same time, Beck’s appreciation grew for Depp’s serious songwriting skills and his ear for music. That talent and their chemistry convinced Beck they should make an album together. Depp agreed and they started in 2019. Over the next three years, they recorded a mix of Depp originals along with a wide range of covers that touches on everything from Celtic and Motown, to the Beach Boys and Killing Joke. “We were going to call the album ‘Kitchen Sink’ because we threw everything in it,” the two-time Rock and Roll Hall of Famer says with a laugh. “The only game plan we had was to play songs we like and see where they took us.”

Find Beck and Depp on the web: