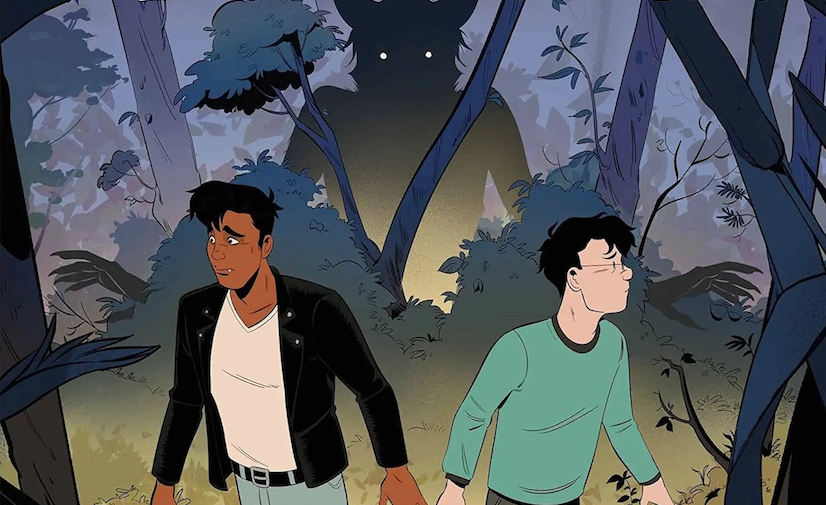 Ghosts! Werewolves! Queer romance! Enemies-to-lovers! There literally isn’t more that I could ask for from a comic, and “Blackwater” delivers.

Tony and Eli are very different people with very different high school experiences. One is a tall, popular track star with lots of friends; the other is a small, quiet nerd and often bullied. Tony takes it upon himself to make Eli’s high school experience a tad bit less miserable, but that decision swiftly lands him in a flurry of creepy encounters and complicated feelings. It’s hard to balance teenage hormones, an unstable home life, high school drama, your first crush on a boy and a serious case of lycanthropy.

As a fan of all things paranormal, I was immediately interested in “Blackwater” . Just as interesting as watching the mystery unfold is watching the development of the relationship between Tony and Eli. They each have their own issues, such as having an alcoholic father or an autoimmune disease, and these two different people find they have more to bond over than they thought at first.

If you’re a fan of “Heartstopper,” you’ll enjoy “Blackwater” — awkward teen romance, but with the addition of the paranormal. There’s representation of being young and coming to terms with your sexuality, as well as the experience of being a young trans man. I highly recommend this comic if you’re looking for an autumnal read to ease your way into the spooky season! 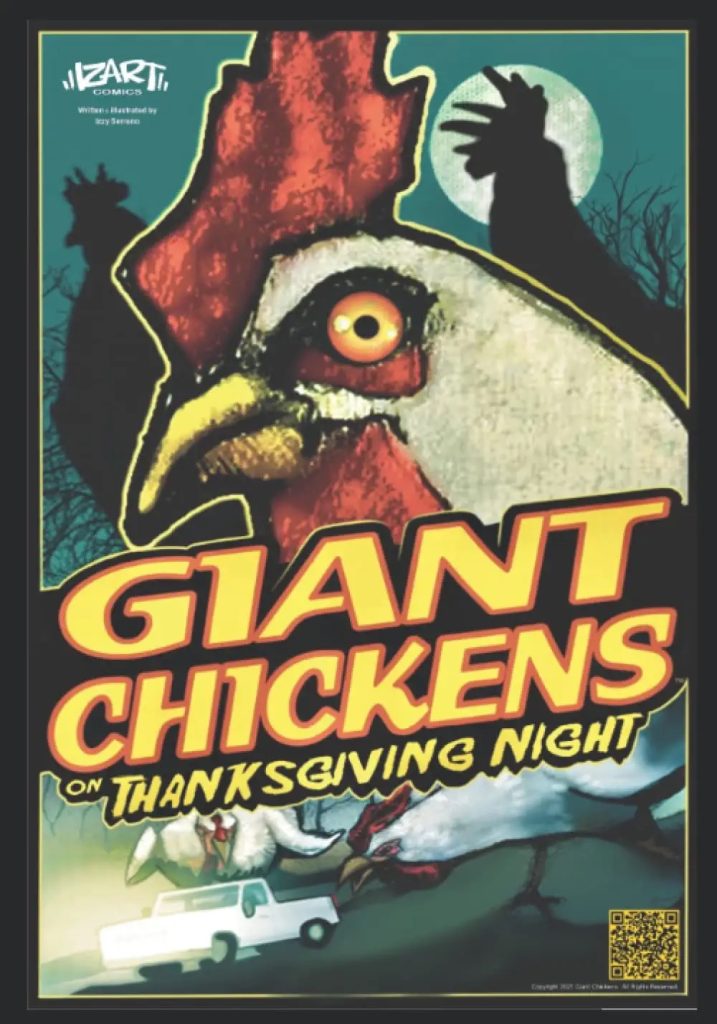 If you liked those “Sharknado” movies, then the locally penned and produced “Giant Chickens on Thanksgiving Night” will be right up your alley. That said, if the thought of using and/or legalizing marijuana is upsetting to you, or if you need your comics to be big, colorful, shiny productions by big comic companies, then maybe it’s not.

The premise is fairly simple: a drug lord actually doesn’t want weed to be legalized as it would cut into his market. So, to keep that from happening, he sends radioactive product to Cliff, Kentucky, where we meet a slew of homestyle, and probably pretty familiar-feeling characters. Some of that product ends up in some cornbread, which naturally ends up getting fed to some backyard chickens. The title tells you what happens next!

This is just a fun romp of a book with a silly story and artwork that really ramps up when the giant chickens appear and start wreaking havoc. The $20 price tag gets you a one-shot story almost the size of a trade paperback and the knowledge that you’re supporting an up-and-coming local artist and writer. The cover art alone is worth it. We’ll keep watching for the follow up issue, “Giant Chickens 2: Revenge of the BBC,” hopefully coming soon.