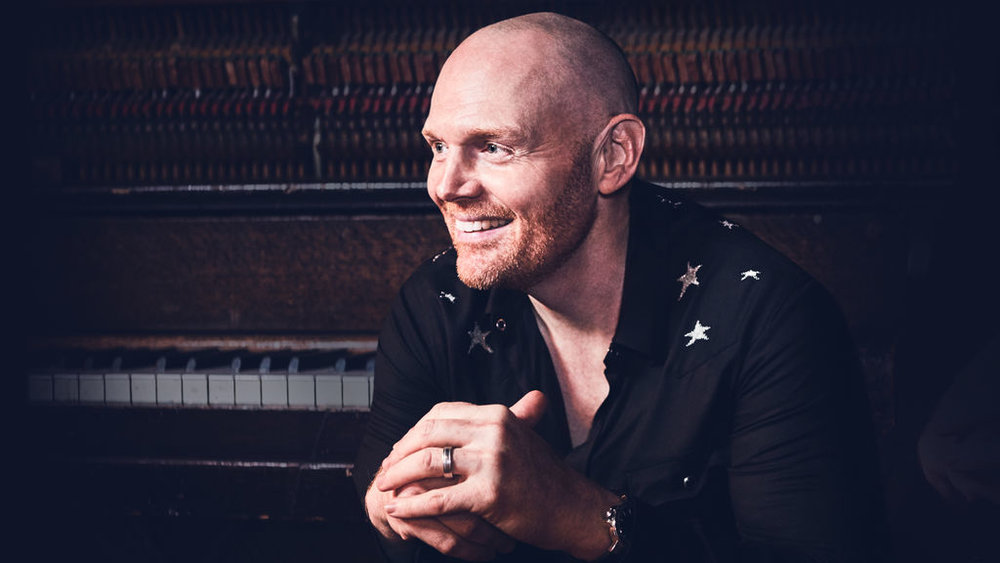 Comedian, podcaster and actor Bill Burr is often noted for his angry persona and his ability to tread on the tenderness of others in our sometimes too verbally-careful society. He admits that he has to work on his anger. However, a quick analysis of the current political, economic and social climate in the world, particularly the United States, shows it is easy to see how Burr can be set off on a tirade. We should all be pissed. LEO got the chance to catch up with Burr ahead of his Louisville date on Thursday, Sept. 29, at the KFC Yum! Center.

Instead of the sardonic, “cantankerous” Burr, we met a thoughtful, and, yes, unfiltered skeptic who, despite the controversy it might cause, often states the obvious and offers a lens on situations and humanity that renders them funny and sometimes uncomfortable. In the discomfort is where Burr often finds his critics and those who want to tone-police him. But Burr is recounting his human experience in the way that he sees it. He isn’t punching down or up, but punching to understand his life and the lives of others, whether you like how he says it or not.

This interview has been edited for space and clarity.

LEO: When I’m listening to your comedy, one of the things that strikes me is that is very sort of the moment and in the present, and that feels somewhat philosophical. Do you think a lot about philosophy as you create your shows?

Bill Burr: I have to be honest with you. I don’t really know what the definition of philosophy is. That’s probably a good thing. But, as far as my mindset, when I shoot these specials, you’re just capturing what my hour looked like on this particular night. Like, this is how it came out. So, it doesn’t have to be perfect. I don’t care if it’s topical stuff in there. I’m just capturing where I was at.

LEO: You’ve talked about growing up, being a redhead kid and being sort of outcast and shy. How did you come to be so bold and honest about what you’re doing?

Burr: It’s just something I worked on because I knew if I was self-conscious and afraid the crowd would sense it and I would attract what I figured, which was not doing well. So, I also realized that I actually wasn’t this shy kid. I was actually a strong person. I just had been emotionally beat down and whatnot as a kid. It just took me a while to kind of uncover who I really was rather than who I became.

LEO: I watched the ‘Fearless’ interview with Tim Ferris where you talked about a show in Philadelphia that wasn’t going so well and you responded brilliantly. What are some other moments when that same sort of spontaneity turned a show around for you?

Burr: The first thing I thought of is a show in Spanish Harlem, back in the day. This guy, Smokey, booked me up there. I was the only white guy on the show, and the crowd was all Black and Puerto Rican, and I don’t know, I got into it with some lady on stage. I was in the middle of my joke and she threw her shoe at me. It was like a lecture hall where the stage was lower than anybody else. So, she kind of hook-shotted it down at me and, and I was like lunging forward, acting out this bit, and it hit me on the inside of my leg. At first I got mad and you kind of felt this tension like, ‘Oh, shit’s gonna happen.’ I was able to turn it around because the shoe was all messed up. So I said, ‘You know, at first I was gonna get mad, but then I looked at the shoe. I realized this isn’t about me.’

I remember learning, on that one, you don’t always have to chop somebody’s head off, you do something a little playful, make it about, maybe, yourself. I learned that watching Bob Barker when he would do “The Price is Right.” If someone would say something really stupid or make a dumb bid, he would put part of it on himself. He would be like, ‘You know, now wait a minute, Erica. Let’s think this out,’ like he was part of the bad decision.

LEO: It’s funny when you speak about your wife putting up with you. How do you separate Bill Burr the comedian and Bill Burr the husband and father?

Burr: Well, I’m kind of the same guy. I don’t walk around acting crazy like I do onstage. [pauses] I think I understand women a lot more than I ever did, which is not a lot. I’m kind of learning different stuff offstage but then I can joke about it onstage. I look at every little perceived slight to me as just material.

LEO: So, the stage allows you to be unfiltered so you won’t get beat up?

That’s one of the great things both ways with stand-up comedy is when I tell a joke and you laugh, it makes me feel heard. And if you’re relating to what I’m saying, then you feel understood or maybe less crazy that someone else shares your thoughts.

LEO: I think that is also one of the greatest gifts, as a writer. Even if they have a negative response, you know they felt something.

LEO: So we’re in the same age group-ish, and growing up in the ’70s and ’80s, things were different. Language was different. Have you told a story where the audience was just like, ‘I can’t hang with that,’ because of how times have changed?

Burr: I’m 54 years young. Just because they are quiet, doesn’t mean they aren’t listening or that it’s necessarily a negative thing. It’s just part of the ride that you’re taking them on. And, uh, you know, there’s way more colors to standup comedy when you explore it other than going up there, having people laugh their asses off. There’s a whole bunch of things that you can do from the totally absurd and sophomoric to maybe what Chappelle does.

If you watch Dave, he will have very silly immature jokes mixed in. It’s why I enjoy watching him. ‘Cause he can make a really deep point, but then quickly follow it up with something totally absurd, which I think is a nice sort of balance, almost like a meal.

LEO: How do you draw the line between saying what is obvious without shaming or hurting someone’s feeling?

Burr: I don’t pay attention to any of that because that’s just a bunch of white people pretending that they care. You know, like all those white people who hashtag BLM, and then that’s all they did. They’re like, ‘I’m an ally, Black people can depend on me to speak up.’ It’s like, ‘You didn’t do anything.’

I actually read an incredible book called, “Wilmington’s Lie: The Murderous Coup of 1898 and the Rise of White Supremacy.” It’s a good book for a white person to read.

Catch Bill Burr at the Yum! Center on Thursday, Sept. 29 or on his podcast, “Bill Burr’s Monday Morning Podcast.” Tickets for the Yum! Center performance start at $51.50 plus fees.