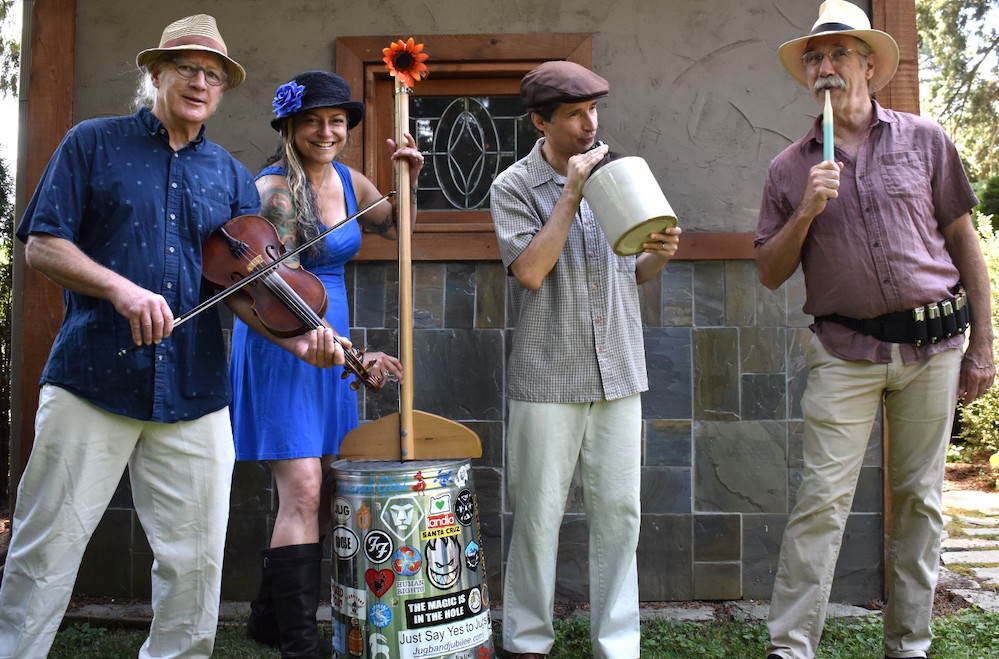 The How Long Jug Band from Portland, Oregon.

The National Jug Band Jubilee, a free festival celebrating jug band music, will return to Louisville next Saturday, Sept. 24, from noon to 9 p.m. at Brown-Forman Amphitheater in Waterfront Park.

Here is the lineup:

Besides live music, there’ll also be local food, drinks and other vendors, plus activities for kids “ages 2 to 82.” Participants will be able to try out the washboard, kazoo, washtub bass and other instruments.

The festival began in 2005 with just two bands. It’s run every year since then — except 2020 and 2021, when it was canceled because of COVID concerns.

“After taking a couple of years off, this year’s Jubilee feels extra special for everyone. People from all over the United States, and even some from other countries, come to Louisville specifically for this festival. I expect to see a lot of dancing when the bands start playing.”